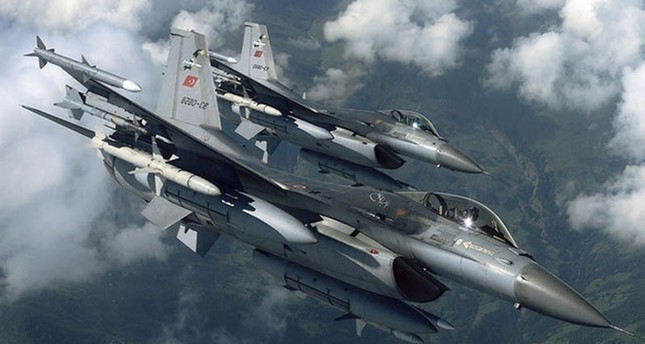 The Turkish Armed Forces (TSK) said in a statement that the operation targeted a DShK heavy machine gun emplacement and an ammunition dump used by the terrorist organization.

The warplanes returned to their bases in safety, military sources added.