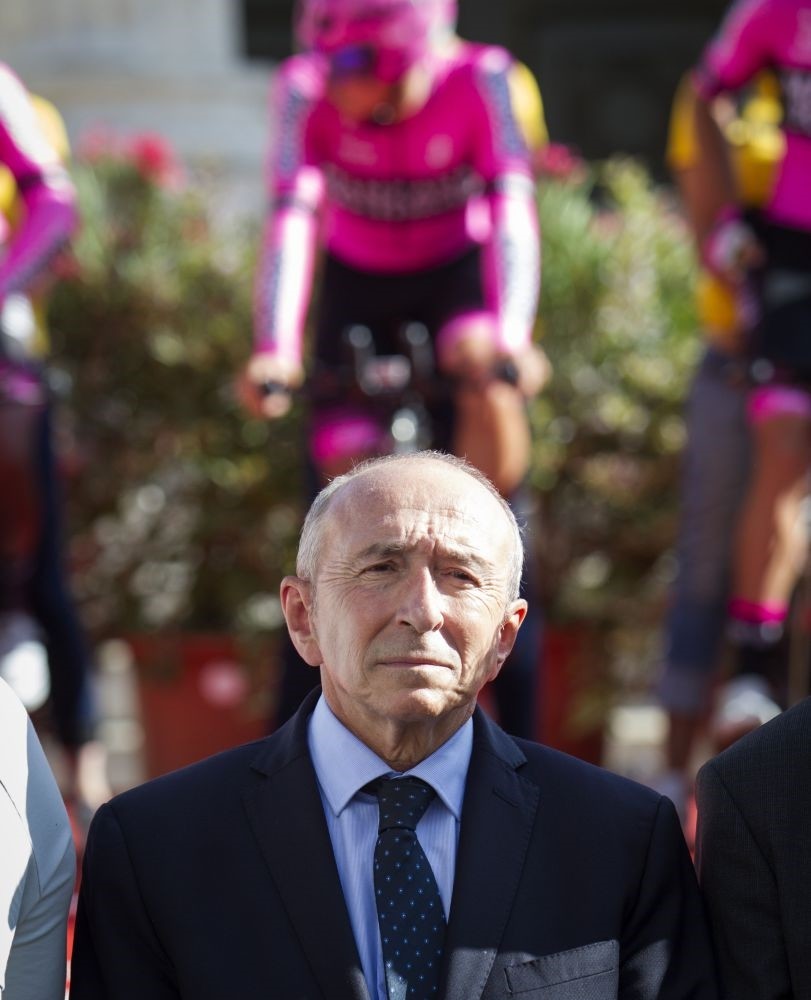 French Minister of Interior Gerard Collomb stands during a minute's silence in solidarity with Barcelona following a vehicle attack on the city.
by Daily Sabah with AA
Aug 23, 2017 12:00 am

French Interior Minister Gerard Collomb said yesterday they are working closely with Turkey to monitor French foreign fighter activity, particularly those who are returning back.

While speaking at BFM TV, Collomb pointed out that many French, including women and children, still remain in Syria and Iraq, with a total of 217 adults and 54 children making it back to France, so far. He also highlighted that they are closely monitoring the returnees, while adding that at least one-third of radicalized people have psychological conditions.

Gunmen and suicide bombers brutally killed 130 people in and around Paris in November 2015 and over 100 were killed in other terrorist attacks in France in the past two-and-a-half years. Since the first wave of Daesh terror attacks in January 2015, a total of 239 people have been killed.

Some 700 French nationals are estimated to have fought in Daesh ranks in Iraq and Syria, and like other European countries France has been wrestling with how to handle the flow of so-called returnees.

In a former statement, Collomb said in the last two years there has been a 60 percent increase in the people believed to be involved with or planning terrorist activity in France. In this respect, he added, more than 18,000 people are being monitored for possible radicalized behavior.

Turkey is one of the many main enemies of Daesh, a terrorist group that emerged in the country's neighbors, Iraq and Syria. Turkey is also tackling an influx of foreign fighters looking to sneak into Syria and Iraq, where Daesh controls towns and a large amount of territory. Since Daesh's emergence, Turkey has detained over 5,000 Daesh suspects and deported over 5,000 foreign terrorist fighters from 95 countries.

President Recep Tayyip Erdoğan said in July that Turkey also barred the entry of over 53,000 terrorist suspects and destroyed Daesh strongholds along its border with Syria, allowing 100,000 Syrians to return to their homes.