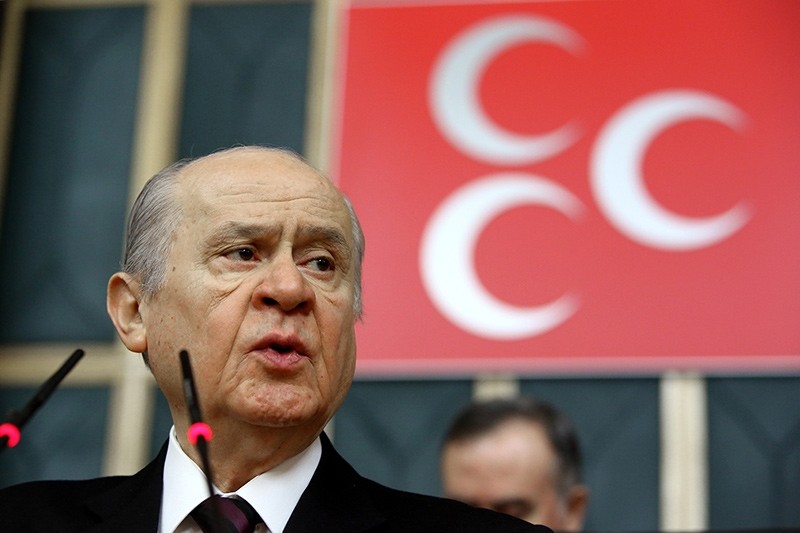 In a news conference held at the party's headquarters in Ankara Thursday, Bahçeli highlighted the threats Turkey is currently facing, including the PKK terror group and its offshoots in the region, including the Democratic Union Party (PYD) and its armed wing, the People's Protection Units (YPG).

"Turkey should cooperate with Iran to destroy PKK terrorists located in Northern Iraq," Bahçeli said, adding that it is especially important for the operations to focus on eliminating the leaders of the terrorists.

In relation to the upcoming referendum which will be held by the Kurdistan Regional Government (KRG) in Northern Iraq, Bahçeli said that it is unacceptable and that it should be considered as a cause of war for Turkey.