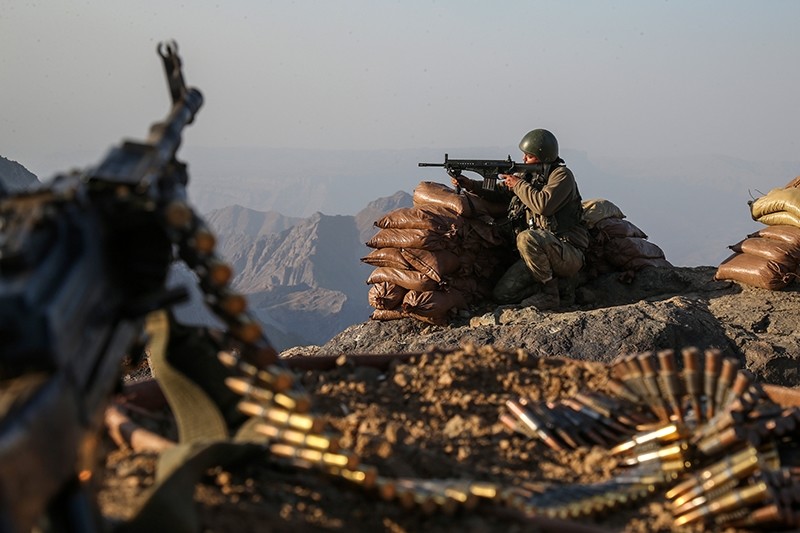 At least 27 PKK terrorists have been killed, six others have been captured in nationwide anti-terror operations in the past week, Turkey's interior ministry said in a statement Monday.

According to the interior ministry, 10 PKK terrorists surrendered to security forces.

Meanwhile, a statement by Hakkari Governor's Office released Monday said that four PKK terrorists have been killed in drone-supported airstrikes near Kırıkdağ region.