Former US envoy to Ankara: Turkey right to be concerned over US arms support to PYD 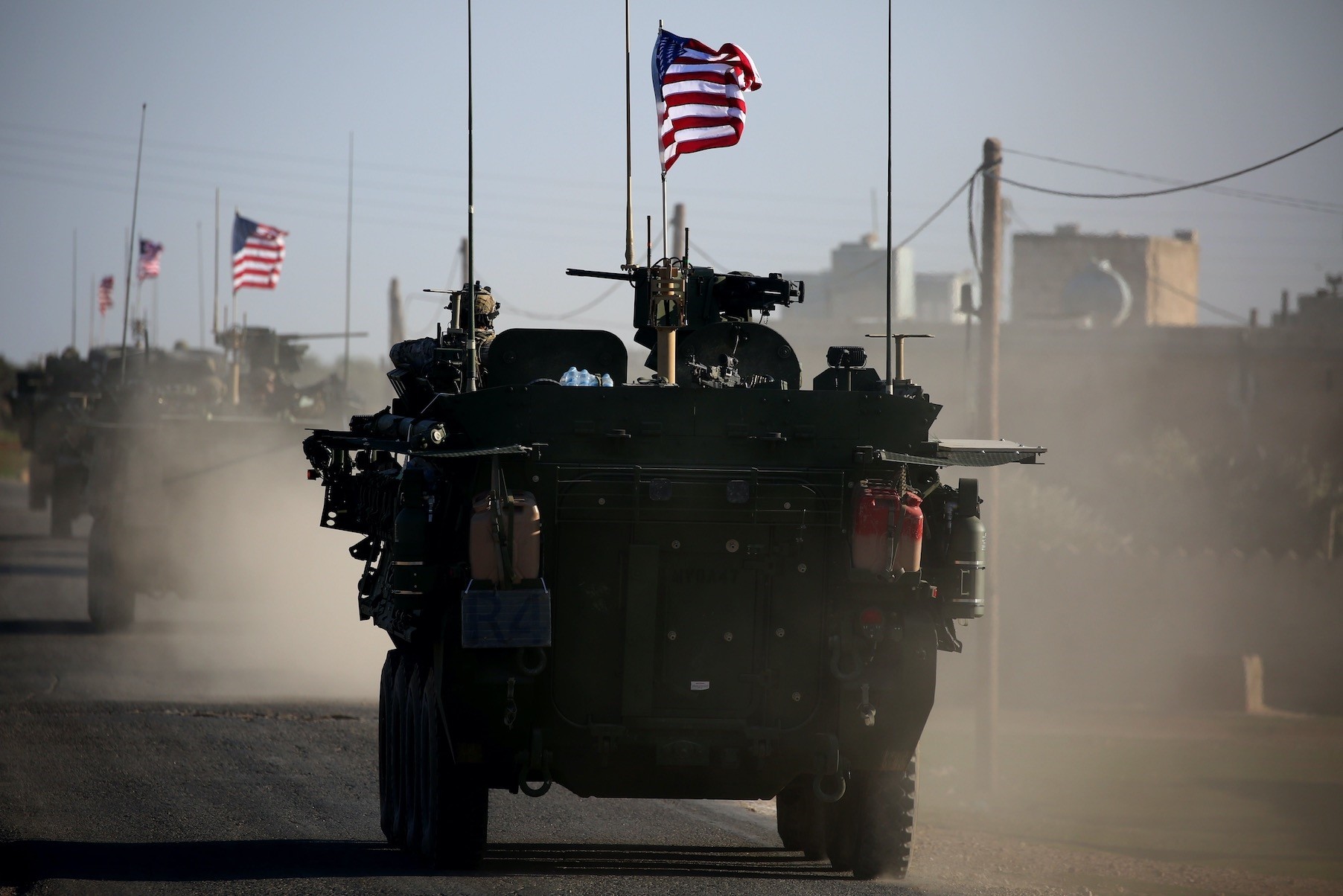 Ankara's concerns over U.S. arms support to the PKK's Syria affiliate the PYD are reasonable worries, a former U.S. envoy to Ankara says, adding that Washington's ties with the PYD are not permanent

Turkey has every right to question the U.S. arms support to the PKK terror organization's Syria affiliate, the Democratic Union Party (PYD) and its armed wing the People's Protection Units (YPG) in the fight against Daesh, according to a former U.S. ambassador to Ankara. 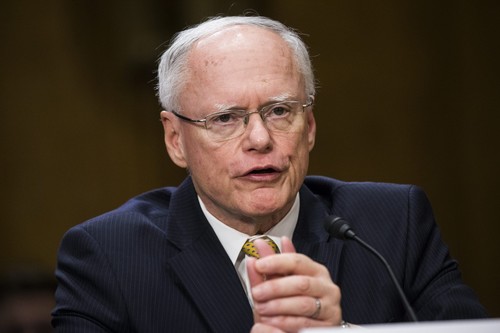 The former envoy said that it is not in U.S. interest to support an independent region led by PYD in Syria.

"First Ankara is right about the PYD-PKK-SDF [Syrian Democratic Forces] relationship and thus Turkey has every right to be concerned and press Washington constantly for reassurances and details re U.S.-YPD ties," James Jeffrey, who was the U.S. ambassador to Turkey from 2008 to 2010 and is now with the Washington Institute, told Daily Sabah. The former ambassador added that the U.S. ties with the PYD, which Ankara sees as a terror group, as "limited, not permanent and tactical only."

The U.S. government provides arms support to the YPG in Syria, first during the former President Barack Obama's administration and now under the current Donald Trump administration. It has been among the leading causes of souring relations between Ankara and Washington.

The U.S. claims that arms support is given to the Syrian Democratic Forces (SDF), which is predominantly led by the YPG, under the pretext of fighting Daesh.

PKK is recognized as a terror group by the U.S., the EU, and Turkey.

However, Ankara has voiced concerns over the YPG's organic organizational link with the PKK terror group, which has been in armed conflict against Turkey for over three decades, and also argues that the fight against Daesh should not been carried out by partnering with another terror group. Rather, Turkey argues that local Syrian forces, reflecting the demographic dynamics of the region, should be preferred to avoid further fueling ethnic clashes in the region as well as demographics changes.

After recent arm deliveries by the U.S. and raised tensions with Turkey, the U.S. has claimed that it would retrieve all military weapons from the YPG when the fight against Daesh ends. In an effort to ease Turkey's concerns, Mattis sent a letter to former Defense Minister Fikri Işık in June. In the letter, Mattis provided detailed information on the military equipment provided to the YPG.

Jeffrey added that the Trump administration has set the fight against terrorism as a significant goal for itself, as terror groups such as Daesh are treated by the White House as "an existential threat to the entire global security system, including Turkey, which the U.S. leads."

Ankara has offered to carry out a joint anti-Daesh operation to the U.S. to exclude the YPG, arguing that one terror group cannot be defeated by another one. The negotiations were made during operations in Raqqa, however, the U.S. insistence on including the YPG as a partner on the ground pushed Turkey away from joining.

Despite Mattis's claims that the arms delivery to the YPG is being monitored and that they will be retrieved back from the group in the post-Daesh period, Ankara says there is a discrepancy between what is documented and communicated with the Turkish officials, and what actually takes place.

According to a recent report by Turkish daily Sabah's Ankara representative Okan Müderrisoğlu, Washington's claim that only 60 truckloads of arms support was given to the YPG was discredited by Defense Minister Nurettin Canikli who instead said 1,285 truckloads of weapons and ammunition were delivered, which was documented through aerial photographs of the delivery. Canikli had reportedly communicated the variance to his American counterpart on Aug. 23 during Mattis's visit to Ankara. The report added that, while the American side claimed that the delivery was for the group as well as the U.S. soldiers on the ground, the Turkish side has reportedly responded by saying that the 1,200 trucks of weapons would adequately equip at least 60,000 soldiers.

"Turkey again is right to be concerned about possible risks to Turkey of U.S. strengthening the PYD and thus the PKK but the U.S. is aware and will try to counter that (taking back weapons issued, limiting types of weapons). The U.S. this time will do better on Turkey's concerns than were seen with Obama," former Ambassador Jeffrey added.

Responding to a question about whether the Trump administration should support an independent autonomous region governed by the PYD, known for its undemocratic practices against minorities and Kurds that do not share its ideology, after the Daesh threat is eliminated, Jeffrey said, "Not at all, both because it is as you noted an anti-democratic ideological movement and for geopolitical reasons."

The PYD's ultimate aim is to establish a self-declared autonomous canton from Syria's northwestern Afrin to the Kobani and Jazeera cantons in the northeast. Moderate opposition groups oppose this, arguing that it would threaten Syria's territorial integrity.

According to the former envoy, both Turkey and the U.S. should also consider how they will tackle the increasing influence of Iran and Russia for their mutual long-term interests in the region.

Commenting on recent international polls indicating a rise in anti-Americanism in Turkey, Jeffrey said both the U.S. support to the PYD, as well as the extradition of Fetullah Gülen, the leader of the Gülenist Terror Group (FETÖ), which was behind the failed July 15 coup that killed 250 people and injured more than 2200, has been among the main reasons behind the recent surge.

Gülen has been living in the U.S. in self-imposed exiled since 1999, and Ankara has asked the U.S. for his extradition.

The Turkish government blames the U.S. official for not taking timely steps against the group and turning the issue into a political one. Angered by the lack of cooperation from Washington, both President Recep Tayyip Erdoğan and Prime Minister Binali Yıldırım as well as opposition Nationalist Movement Party (MHP) Chairman Devlet Bahçeli have repeatedly accused the U.S. of being a safe haven for the cult leader.

"To be honest, many government officials in Turkey attack the U.S. frequently for any and all reasons. This is the worst I have ever seen it in 34 years and it is a huge mistake given the importance of the relationship and opportunity with Trump and his team," Jeffrey added.

Iran's influence over Iraq, Syria should be watched

The ambassador also highlighted that aside from the threat of the PYD, Ankara should focus with Washington on the growing influence of Iran and Russia over Syria and Iraq.

"What the U.S. and Turkey need to focus on more than Daesh and the PKK is the growing Iranian control of Syria and Iraq assisted by Russia," Jeffrey added.

Both Iran and Russia have been the major supporters of Syria's Bashar Assad since the war broke out in 2011. Iran has also been establishing its influence over the Iraqi central government, through religious Shiite tendencies. While Iran-backed Hezbollah has abeen fighting in Syria to support Assad, in Iraq Hashd Shaabi militias have been the Iran-backed force supporting Baghdad against Daesh.

Turkey has been putting in diplomatic efforts to maintain political and trade ties with both Russia and Iran, despite differences on Assad. The trio has also been putting effort into establishing a cease-fire in Syria through peace talk meetings held in Astana, Kazakhstan, in what is known as the Astana talks. In addition, Iran and Turkey have recently been in talks to increase cooperation against the PKK and their affiliate groups along their borders.

Commenting on what the U.S.'s role in Syria should be in order to establish permanent peace in the country, Jeffrey said: "Peace in Syria is an important goal given almost 500,000 people have been killed and the rise of extremist groups there from Daesh to the PYD are threatening the region. But what sort of peace? It cannot be an end in itself. I helped secure 'peace' in Lebanon after the 2006 war, and today other than some minimal fighting against Daesh Lebanon is 'at peace.' But again what sort of peace? One that allowed Iran to use Lebanon and Lebanese Hezbollah to pursue a merciless war against the majority of Syrian people and reject all diplomatic compromises since 2011, and to arm Hezbollah for a possibly cataclysmic war with Israel. We must not accept an Iranian-dominated 'peace' in Syria."