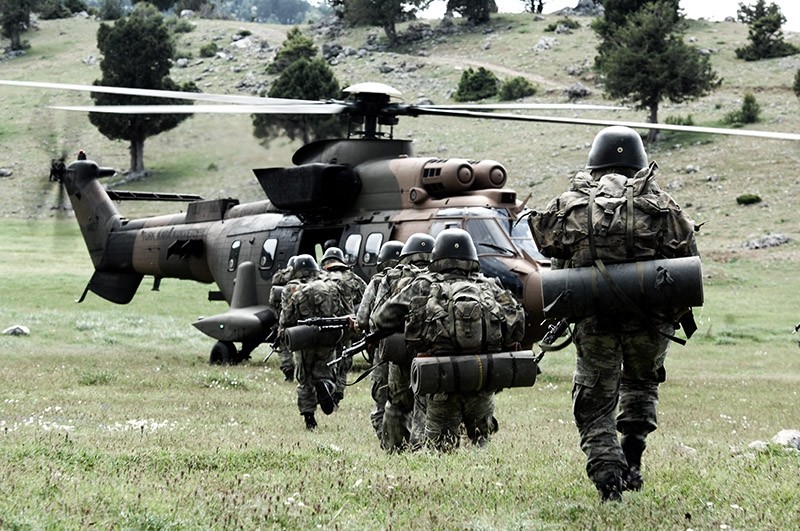 A total of 17 PKK terrorists were killed in counterterror operations conducted over the past 24 hours, the Interior Ministry said Saturday.

Operations in southeastern Mardin's Kızıltepe district killed 6 PKK terrorists, while another 6 were targeted in eastern Elazığ province, the statement elaborated.

Three PKK terrorists were killed in another operation launched by security forces in eastern Van province, while another was targeted after being identified during patrols in southeastern Batman.

During a counterterror operation in southeastern Hakkari's Şemdinli district another PKK terrorist was killed, while numerous weapons and ammunition used by the terrorist organization were seized from a cave in Batman's Hasankeyf district.