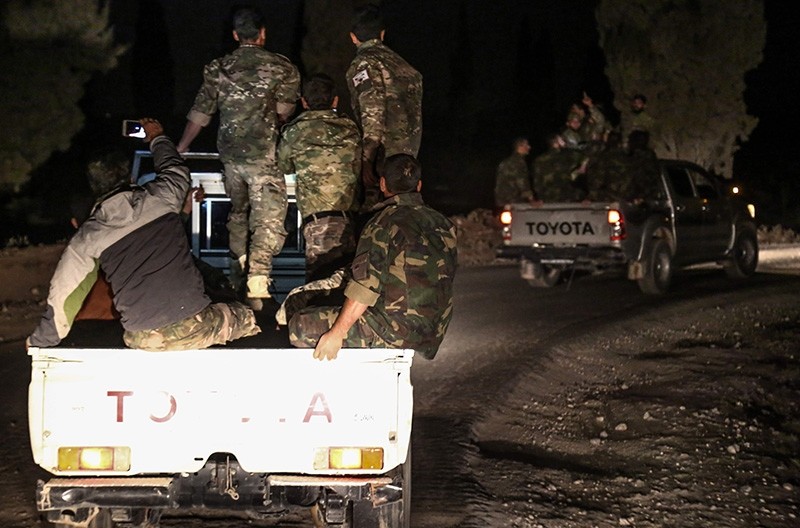 Syrian opposition fighters seen riding on pickup trucks near the village of Hawar Killis along the Turkish border in Aleppo on October 6, 2017 (AFP Photo)
by Daily Sabah Oct 07, 2017 12:00 am

"Astana is a platform which in a way will stop clashes to boost confidence-building measures but our main goal is to revive the Geneva process" Çavuşoğlu was quoted as saying by the Anadolu Agency.

The minister noted that intelligence units and troops will evaluate the situation on the ground and will take steps accordingly.

Ankara is currently carrying out a landmark anti-terror operation to prevent a terror-corridor by the PKK's Syrian affiliate Democratic Union Party (PYD) and its armed wing People's Protection Units (YPG) by cutting off the Idlib-Afrin corridor through blockading Afrin.

Erdoğan last month said that Turkey would deploy troops in Idlib province as part of a de-escalation agreement brokered by Russia in August.

He referred to the de-escalation zone agreement as a promising idea, under which Russians would be maintaining security outside Idlib and Turkey would maintain the security inside Idlib region.