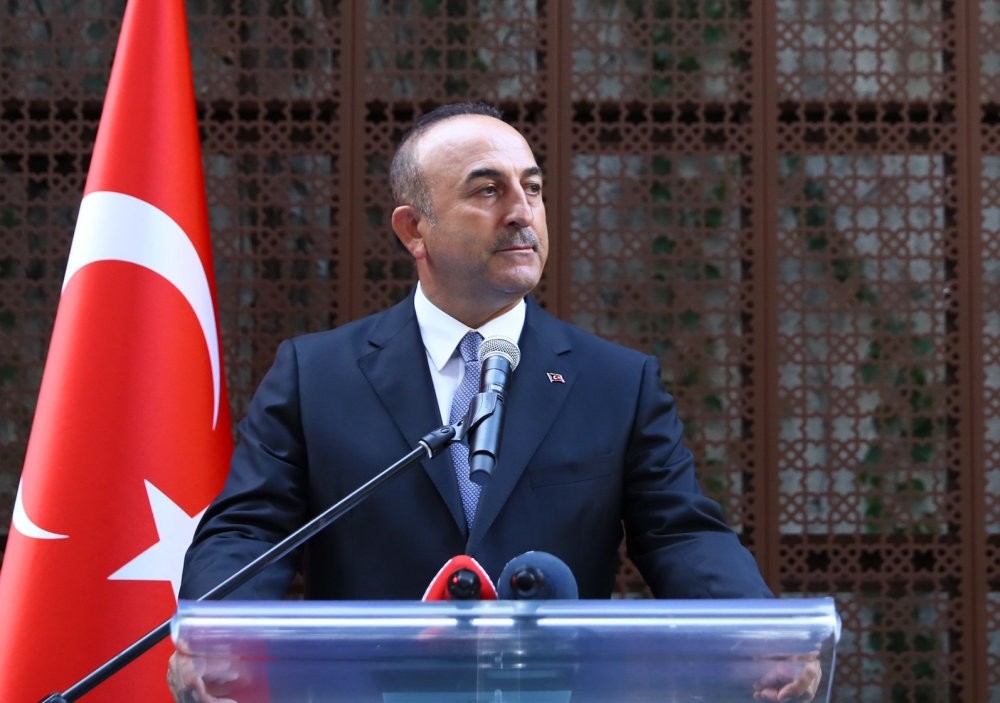 Foreign Minister Mevlüt Çavuşoğlu emphasized that one of Turkey's main priorities is the fight against the Gülenist Terror Group (FETÖ) and other terrorist groups.

"One of the main targets of the heinous July 15 coup attempt was our foreign policy," Çavuşoğlu said, stressing Ankara's efforts in a presentation on foreign policy at the Justice and Development Party's (AK Party) 26th Consultation and Assessment meeting aiming to inform deputies over the weekend.

He stressed that the coup attempt last year attempted to taint the "nation's will," but, the nation's courage prevailed. He said that around the world, FETÖ's activities have been shut down, adding that Ankara has confronted several smear campaigns against Turkey at the U.N. and the European Commission.

He said that Ankara is resolute in preventing the activities conducted by FETÖ on the pretext of education.

"In 15 countries the activities of the schools and languages courses affiliated with FETÖ have been ended," Çavuşoğlu said, referring to the steps that Ankara has taken against the terrorist group.

"An agreement that the schools run by FETÖ in Chad, Senegal, Mali and Gabon will be handed over to the Turkish Education Foundation has been reached," he said.

He explained that as part of the steps taken to prevent FETÖ activities, members of the terrorist group from Malaysia, Azerbaijan, Qatar and Saudi Arabia have been extradited to Turkey.

Commenting on the current state of ties with the U.S., Çavuşoğlu said that there are some significant issues affecting relations, including FETÖ and U.S. cooperation with the Democratic Union Party (PYD) and its armed People's Protection Units (YPG).

"We expect our NATO ally, the U.S., to act in line with the alliance spirit and our strong relations," he said.

In his presentation, he ruled out claims that Turkey has been turning its back on the West, referring to increased cooperation with Russia.

"Specifically in an environment where our allies do not provide required solidarity, we need cooperation with Russia in solving the conflicts in the region," he said, adding that Turkey's relations with its allies and Russia are complementary.

Çavuşoğlu said that Turkey follows an initiative diplomacy which takes responsibility in global issues and aims to increase the global welfare.

Ankara has long criticized the U.S. on the grounds that it provides military support to the YPG, which might use them in the future against Turkey.

While the U.S. says that its cooperation with the YPG will end after the fight against Daesh, Ankara cites the danger of providing military equipment and weapons to terrorists.

Ankara has been stressing that a terrorist group cannot be used to fight another one adding that the statements do not allay the concerns of Turkey.

FETÖ remains as a policy hurdle between the two countries as Fetullah Gülen, the leader of the terrorist group that Ankara says orchestrated the failed coup attempt last year, has not been extradited to Turkey by the U.S.