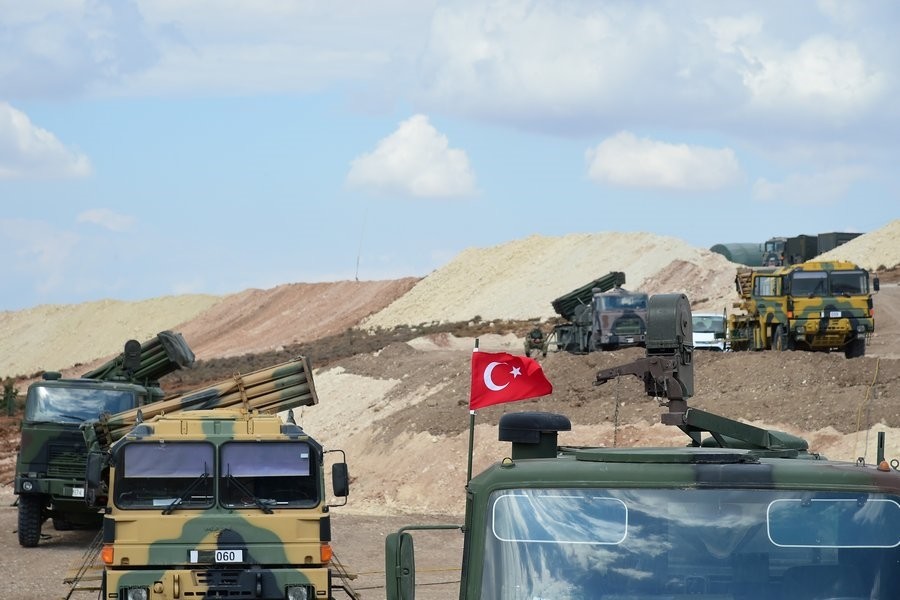 Turkey sent a convoy of about 30 military vehicles into opposition-held northwest Syria through the Bab al-Hawa crossing in Idlib, rebels and a witness said.

President Tayyip Erdoğan announced the deployment on Saturday, saying Turkey was conducting a "serious operation" with the FSA, as part of a "de-escalation" deal it agreed last month with Iran and Russia in Kazakhstan.

The Astana agreement with Assad's foreign allies Russia and Iran involves reducing warfare in several regions of Syria, including Idlib and adjacent swathes of the northwest, the most populous opposition-held area.

The convoy was heading towards Sheikh Barakat, a high area overlooking opposition-held territory and the canton of Afrin - which is controlled by the Democratic Union Party (PYD), the PKK affiliate in Syria, and its People's Protection Units (YPG) militia, the witnesses said.

"(Turkey's deployment is) in line with Astana 6 resolutions to ensure the area is protected from Russian and regime bombing and to foil any attempt by the separatist YPG militias to illegally seize any territory," said Sejari

The operation is the second time in over a year that the Turkish military has crossed into Syria. The first, Operation Euphrates Shield, was launched on Aug. 24, 2016, in collaboration with the Free Syrian Army (FSA) and helped liberate several Daesh strongholds, such as Jarablus, Dabiq, al-Rai and al-Bab.

In the operation, a staggering blow was dealt to Daesh, and more than 2,000 square kilometers in northern Syria were seized. More than 100,000 Syrian refugees returned to their hometowns in liberated areas.