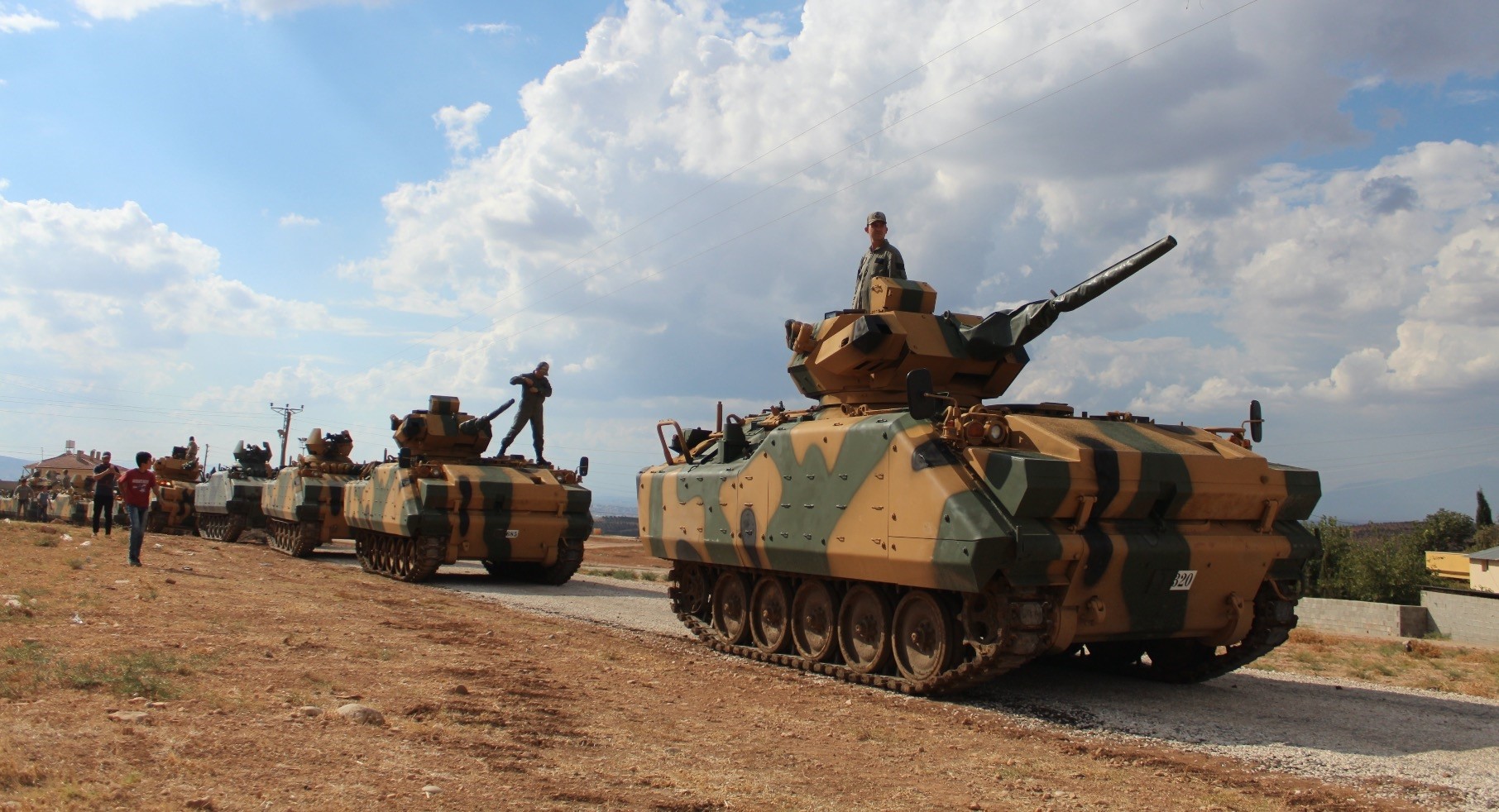 The Turkish army entered Syria's Idlib on Oct. 12 as a part of an operation to set up a de-escalation zone in Idlib.
by Daily Sabah with Agencies Oct 16, 2017 12:00 am

The Turkish army's presence as a guarantor force in the de-escalation zone in Syria's Idlib will help prevent attacks on civilians by PKK terrorists which would lead to normalizing daily life, according to the locals

The Turkish military's role as a guarantor force in Idlib de-escalation zones will help eliminate terror threats like the PKK, locals in the province have said. "God willing, security will be established, and our daily lives will become normal. People will be safer in the de-escalation zone," Ahmad Abu Tayyib, a local from the suburban area of Deir Izzat, a district west of Aleppo, told Anadolu Agency (AA), adding that they were happy with the arrival of the Turkish forces. The 27-year-old added that the presence of Turkish forces in the de-escalation zones would help end attacks from Russia, the Syrian regime and the Democratic Union Party (PYD).

"The PKK and the PYD are terror groups. God willing, the arrival of Turkish forces will thwart their expansionist aims, threats and attacks," he said. In line with the agreements reached in Astana, Turkish troops were deployed in Idlib last week. They were tasked with monitoring the cease-fire and establishing a series of observation posts along the line between Idlib and Afrin, which is situated along the Turkish border and currently held by the PKK-affiliated People's Protection Units (YPG).

The deployments are in line with earlier agreements reached in the Kazakh capital by the three guarantor states: Turkey, Russia and Iran, which will reportedly send 500 observers each to Idlib to monitor the de-escalation zones.

As part of the deployment, which is expected to gradually expand southward, Turkish troops hope to set up more than 10 observation posts in central Idlib, while Russia will do the same in outlying areas.

The observation posts will be approximately 3-to-4 kilometers from posts that belong to the PYD in Afrin. 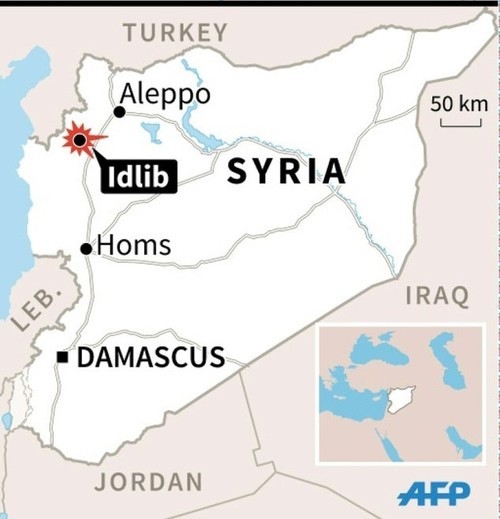 "With the help of the Turkish army, we will be able to return to our schools. The warplanes will leave. The Turkish army will save us from the PKK," said Fatima Ali, an 8-year-old from Idlib.

Mohammed Ali from Deir Izzat underlined that with safety ensured in the de-escalation zones, life will return to normal and businesses will begin to operate.

"If Turkey had not entered Idlib, there would be more destruction. The PKK was already targeting Deir Izzat. The Turkish army will protect us from the PKK," the 53-year-old said.

Earlier Friday, President Recep Tayyip Erdoğan confirmed that Turkish soldiers had crossed into Idlib to carry out reconnaissance and monitoring in the de-escalation zones agreed to in the Astana talks. He added that Turkish troops would also eliminate terror threats around the southern border of the country.

"We had said that we will come when it is least expected, and as you know, our armed forces launched an offensive inside Idlib last night alongside the Free Syrian Army [FSA]."

"Idlib is just beside our border, and that's why we need to take security measures. No one can ask us why. We are the ones with a 911-kilometer [566-mile] border with Syria, facing constant threats and harassment," said President Erdoğan at a meeting in Ankara with Justice and Development Party (AK Party) provincial heads.

Another Idlib resident, Musab Rashid, 24, said that without the presence of Turkish forces, the risk of PKK attacks would have increased.

"The people in the city welcomed them. Now, airstrikes will come to an end as stability and security return. Conditions for civilians well get better, and there will be development. Schools, mosques, and universities may reopen," said Ali Hulu, 46.

Idlib, located in northwestern Syria on the Turkish border, has faced intense attacks by the Syrian regime since the civil war broke out in 2011.

As of March 2015, Idlib was no longer under the control of the Syrian regime and was dominated by military opposition groups and armed anti-regime organizations.

Nearly three months ago, the most effective military opposition groups in Idlib, Ahrar al-Sham and Tahrir al-Sham, both withdrew from the city, which is currently governed by a local council headed by civilians.

There are no armed groups or organizations in the city; rather, these elements are currently based in rural areas and checkpoints set up around the city, part of the greater area of Idlib province. In recent months, the influence of Hayat Tahrir al-Sham has increased in the area.

Following the Idlib operation, Turkey aims to contain the Afrin region, which is controlled by the PYD, the PKK affiliate in Syria, and its YPG militia.