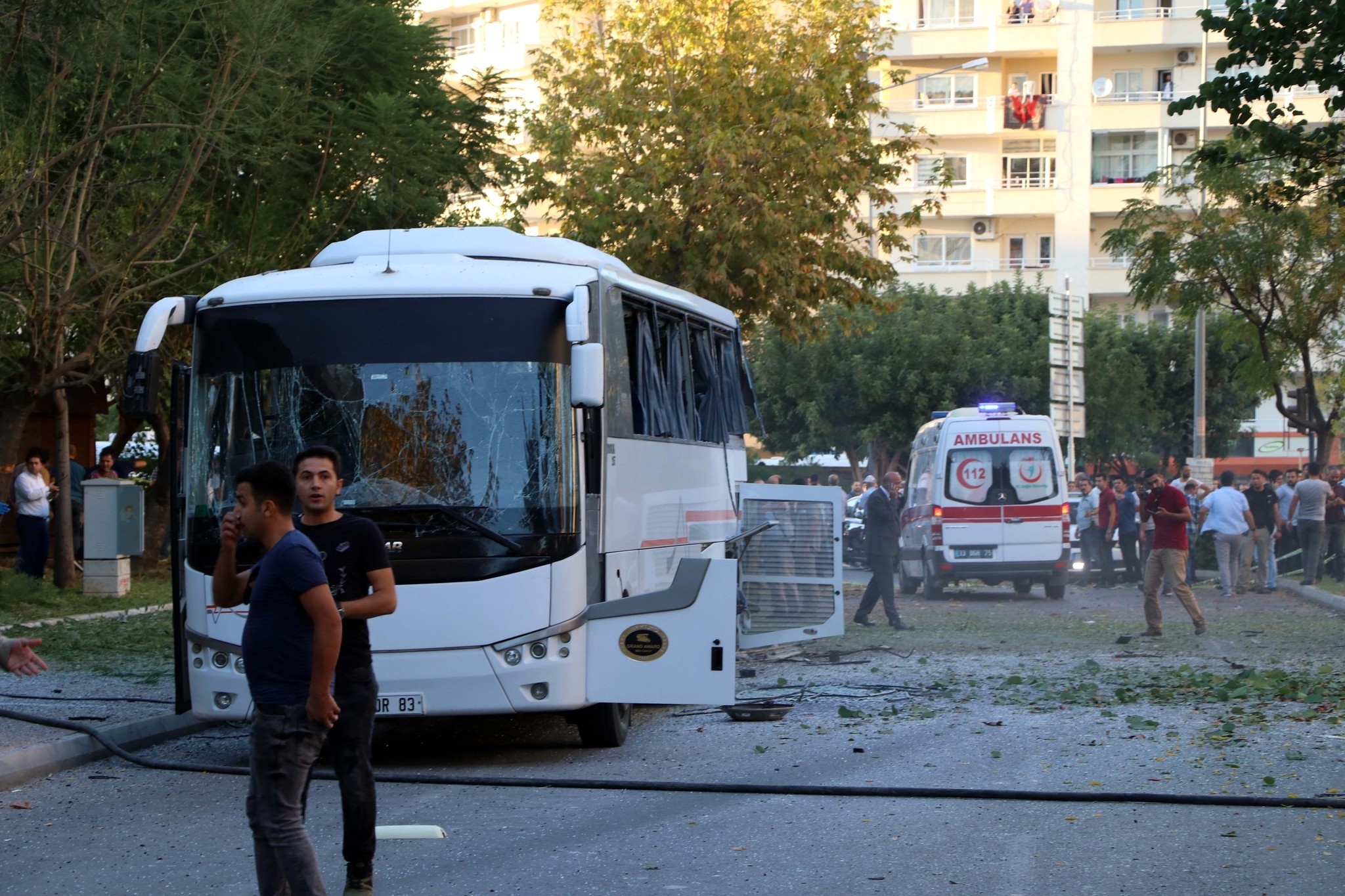 A bomb exploded as a shuttle bus carrying police officers was passing by in the southern Turkish province of Mersin on Tuesday, wounding a dozen officers, officials said.

The blast occurred at 5:20 p.m at the Okan Merzeci Boulevard in Mersin's Yenişehir District.

According to reports, 17 officers and a civilian were wounded in the attack. Three prosecutors have also been assigned to the case.

Several police officers, ambulances and firefighters were sent to the scene.

It was not immediately clear who carried out the attack, but the PKK terror group is known for carrying out remote-controlled bomb attacks,especially car bombs and explosives planted on roads.