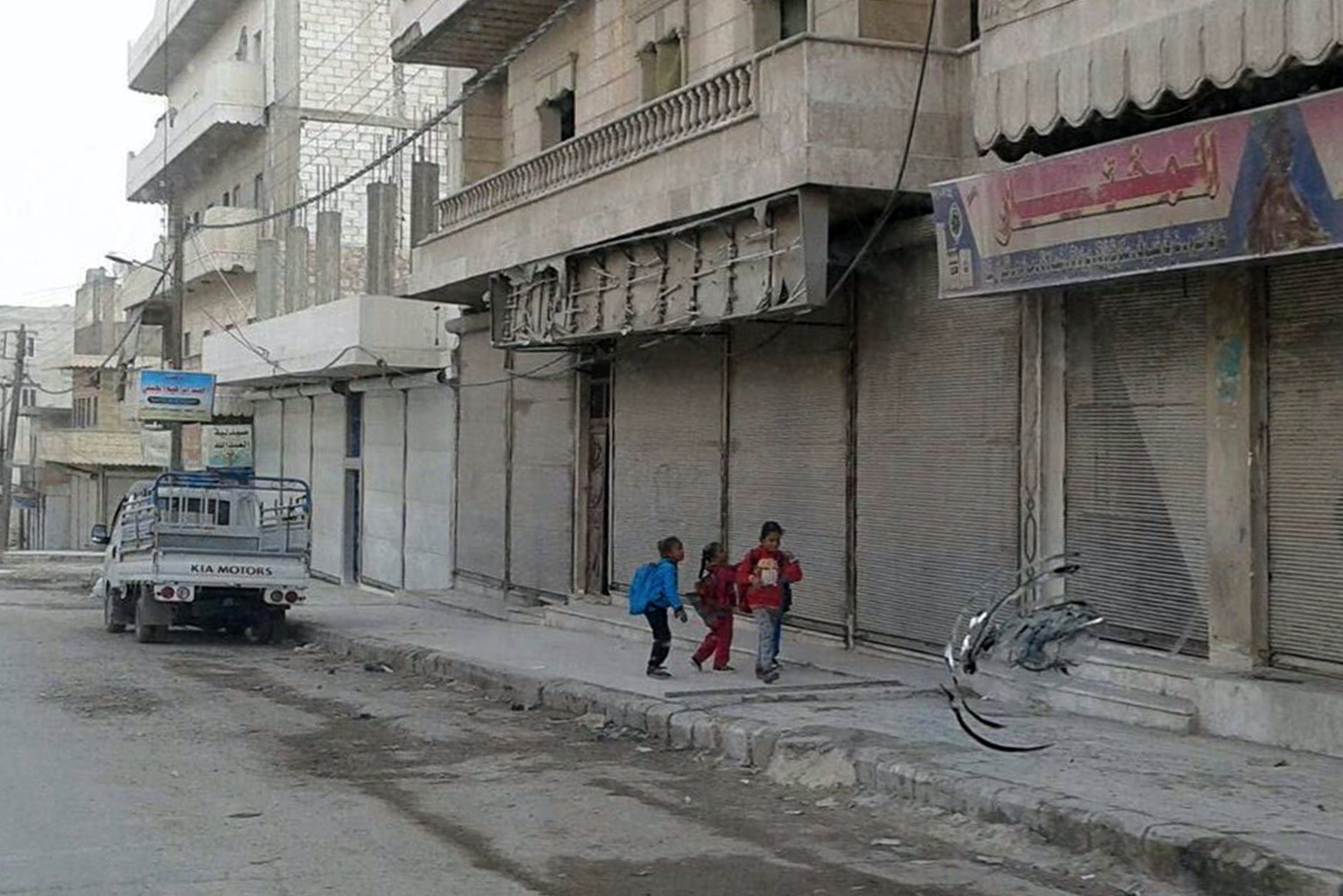 Locals in Manbij shut down their stores to protest the PYDu2019s forcible recruitment of young males in the city.
by Daily Sabah with AA
Nov 07, 2017 12:00 am

According to local sources who spoke on condition of anonymity, the terrorist group forces locals in Manbij to arm themselves, sending 200 terrorists to convince the youth of the city.

YPG terrorists established check points to the entrances and exits of the city and started to randomly detain local men aged 18 to 31.

After the incident, Syrian opposition groups in the al-Bab district reportedly called a protest.

Nearly all shop owners responded by pulling their shutters and holding protests, the sources said, adding that some were taken captive by the terrorist group.

The protest is "against the Assad regime, PKK and the gangs in Qandil," Sheikh Rafi er-Raco Ukla, deputy head of the Supreme Council of Syrian Tribes and Clans, told Anadolu Agency (AA). He called the protests "the start of a revolution."

Ankara has repeatedly demanded that the terrorist YPG, which invaded Manbij in August 2016, should withdraw from the city to east of the Euphrates.

The PYD is the Syrian affiliate of the PKK, a militant group recognized as a terrorist group by the U.S., EU, Turkey and many other countries. Recognized by the U.S. as an ally in the fight against Daesh, the YPG militia operates under the name of the Syrian Democratic Forces (SDF).

Forcible recruitment of civilians is not the only human rights violation the YPG has been accused of. Last week, YPG fighters shot civilians peacefully protesting the group's unlawful restrictions for those returning home, showing it is no different to Daesh. According to watchdog Raqqa Is Being Slaughtered Silently, a civilian activist group initially founded to report and document Daesh terrorism after it took over the city, a group of YPG militants shot several civilians for protesting a ban on returning home. Similarly in June, four civilians were killed and 20 others injured in an overnight attack by the YPG, and in August, at least three civilians were killed and six others injured in an attack carried out by the terrorist organization. Earlier in June, a video showing YPG terrorists torturing civilians in Raqqa was also obtained by AA. The footage showed images of two terrorists beating up tied-up civilians in Mansura in western Raqqa.