US pledges full support for Turkey's fight against PKK, other terror groups 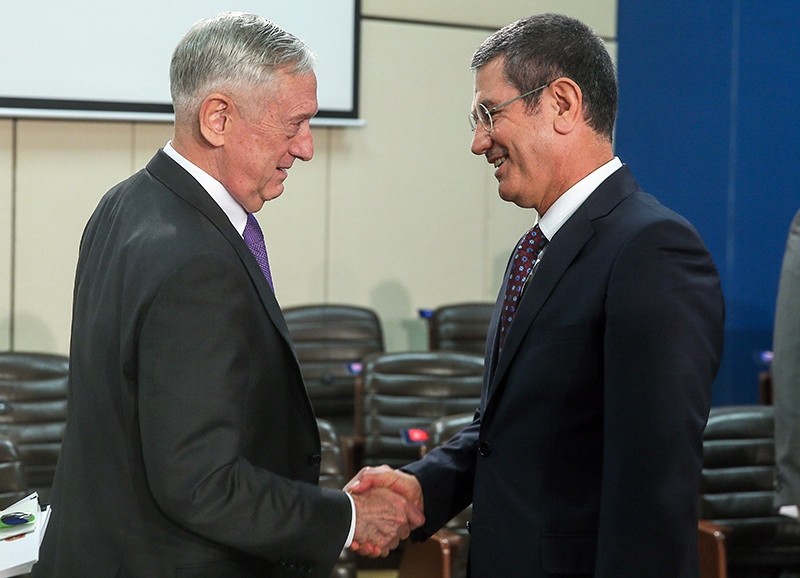 The U.S. will always stand with Turkey in its fight against all terrorist groups, including the PKK, Secretary of Defense Jim Mattis told Defense Minister Nurettin Canikli at a NATO meeting Wednesday.

According to reports, Mattis and Canikli met on the sidelines of the NATO Defense Ministers Meetings in Brussels, a statement by Pentagon chief spokesperson Dana W. White said.

According to the statement, Mattis thanked Canikli for Turkey's "critical contributions to global security and the fight to defeat ISIS," in reference to the Daesh terrorist group.

"Secretary Mattis acknowledged the threats posed to Turkey, and reiterated that the U.S. will continue to stand with Turkey in its fight against the PKK and all terrorist threats" the statement added.

Turkey has criticized the U.S. for supporting the People's Protection Units (YPG) in Syria, which is the Syrian offshoot of the PKK terrorist organization.

Ankara argues that there is no difference between the YPG and the PKK, as they share the same leadership, ideology and organizational links.

Weapons given to the YPG in Syria have been used in terror attacks carried out by the PKK.

While Washington has insisted that the PKK and the PYD/YPG are two different organizations and that supporting the YPG is the only option for defeating Daesh, Turkey, on the other hand, has said that rather than supporting and arming a "terrorist group," an alternative could be found with local Arab tribes, backed by other countries in the region.