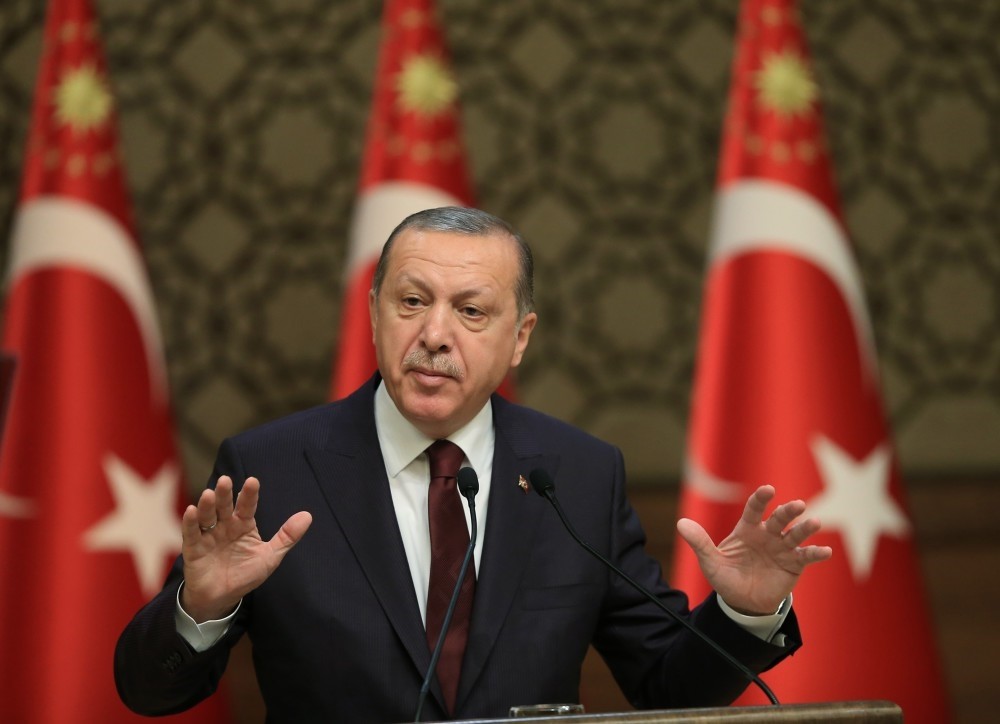 President Recep Tayyip Erdoğan yesterday vowed a full-scale fight against the Gülenist Terror Group (FETÖ) to the end and criticized Fetullah Gülen, the head of FETÖ who has been living in self-imposed exile in Pennsylvania, for sheltering in a foreign country.

Speaking at the 41st headmen's meeting at the Presidential Complex, Erdoğan said the fight against FETÖ will continue similar to those against other terrorist groups such as the PKK, and slammed Gülen: "How long are you going to stay there? Justice will be served sooner or later, because you caused suffering to many people."

Gülen has been living on a 400-acre property in the foothills of the Pocono Mountains in Pennsylvania since 1999.

Erdoğan also criticized EU countries' tolerance of PKK members. "They are roaming the streets of Paris, Austria. They hang posters of their leaders on state buildings. How can they do that if the EU designated them [the PKK] as a terrorist organization?" he said.

EU countries, particularly Germany, constantly come under fire from Turkish officials as Ankara criticizes the bloc for not taking enough measures against the EU-designated terrorist group's presence, which continues recruitment and financial activities.

Erdoğan added that preparations regarding the implementation of the new presidential system continue. "You know how much we have achieved in the last 15 years in education, healthcare, security, transportation, energy and agriculture. We still have lot to do," he said.