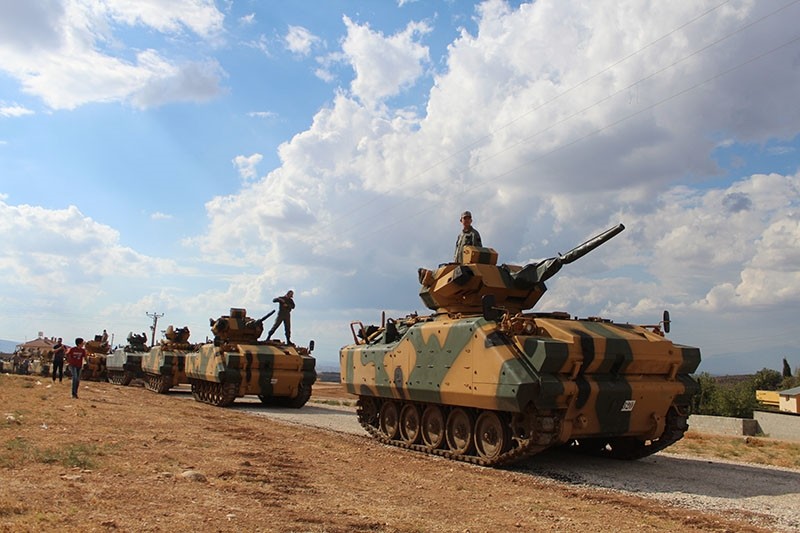 Turkish soldiers stationed in northwestern Syria's Idlib as part of the de-escalation zone agreement between Turkey, Russia and Iran were targeted Monday with mortar fire from Afrin, which is controlled by PKK terrorist group's Syrian offshoot Democratic Union Party (PYD).

Five mortars landed near the Dar Taizzah observation post, with one falling approximately 100 meters away from the observation point in Dayr Siman, official Anadolu Agency reported.

The remaining mortar rounds landed in civilian areas, it added. There were no military or civilian injures.

In addition to Salwa and Dayr Siman villages, the third observation point is being established by Turkish Armed Forces at Sheikh Aqil.

A total of 12 observation points were planned in the deal.