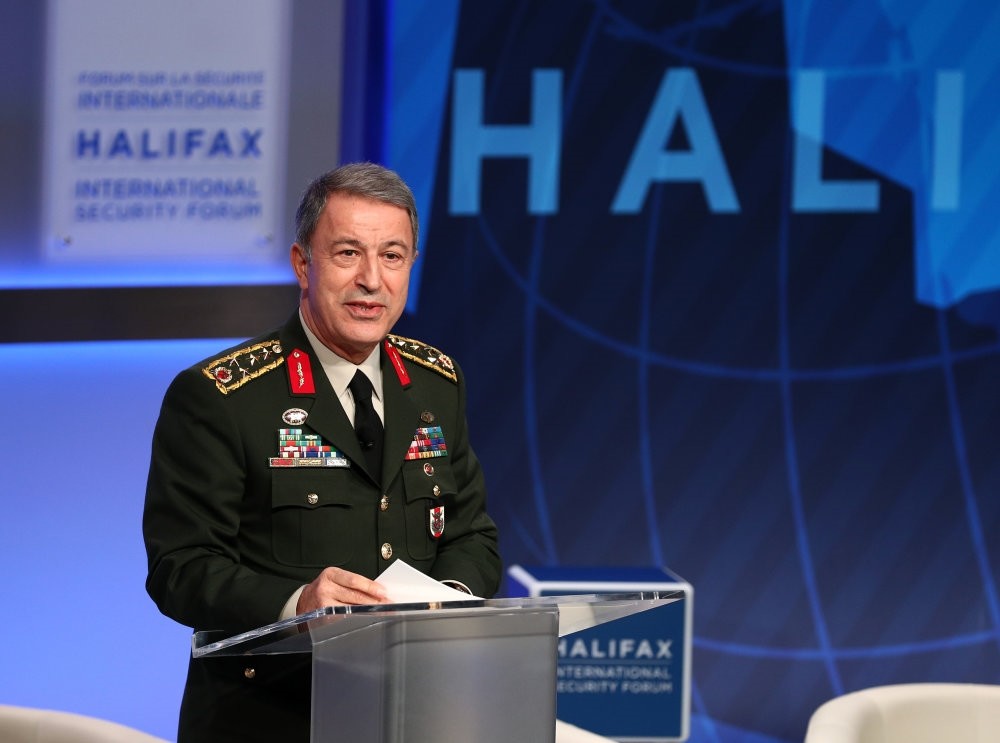 Akar said the coup attempt was defeated by the ,high level of political leadership and the people's heroic stance.,
by Nov 21, 2017 12:00 am

Chief of General Staff Gen. Hulusi Akar said yesterday that the Gülenist Terror Group (FETÖ) is a terrorist group, not a charitable religious one, and should not be treated as such as some countries insist on doing so.

Speaking at the Halifax International Security Forum in Canada, Akar recalled the bloody July 15 coup attempt by the terrorist group in which more than 250 people were killed. He also stated that it has been only one year since the incident, which was defeated by the "high level of political leadership and the people's heroic stance."

He further said that although some states have showed their support against FETÖ, some others are still insisting on considering the terrorist group as an innocent religious movement that works against radicalism.

"Unfortunately, members of FETÖ have been granted asylum by our allies. These FETÖ members are continuing to spread their propaganda and lies to these countries," Akar added while indicating that he hopes these countries will acknowledge FETÖ as a threat as well.

In the wake of the deadly coup attempt on July 15, Turkey has worked tirelessly to identify FETÖ members worldwide, focusing on the group's commercial entities.

Tens of thousands of public sector personnel, including civil servants, teachers, police, judges and prosecutors, have been removed from their jobs.