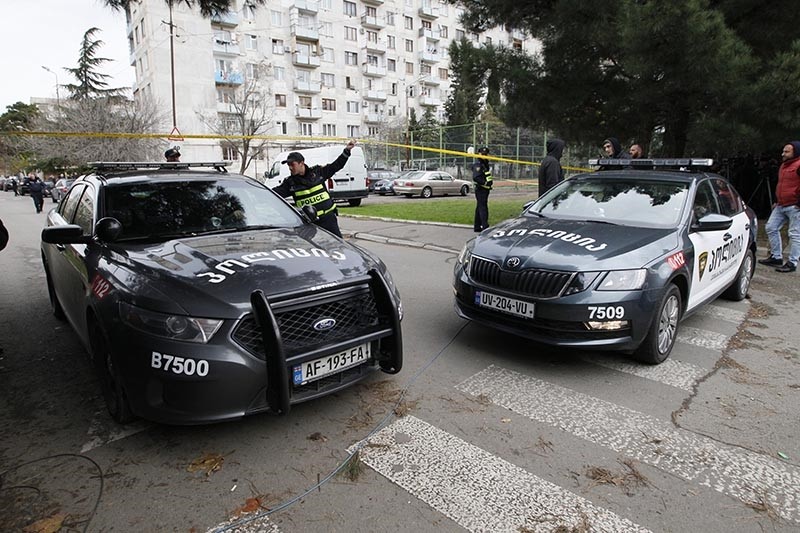 Georgian police block the area where a counter-terrorism operation is taking place in the Isani district of Tbilisi, Georgia, Nov. 22, 2017 (EPA Photo)
by daily sabah
Nov 23, 2017 12:00 am

Georgian police have killed Akhmed Chatayev, the Chechen leader of a Daesh terrorist cell in Istanbul, which carried out a triple suicide bombing in Istanbul's Atatürk Airport in 2016, reports said Thursday.

Clashes reportedly took place between the police and terrorists after police surrounded the apartment they were living in.

Chatayev is thought to be one of the suspects linked to the deadly bombing, which killed 45 people last year. He reportedly found accommodation for the bombers.

The terrorist allegedly illegally crossed the border to Georgia and had been living in a flat registered under another Chechen national named Aslanpek Jebrailov.

Turkey's counter-terror efforts against Daesh have made the country a primary target for the terrorist group, which has carried out numerous shootings and bomb attacks targeting security forces and civilians, including the country's deadliest terrorist attack on October 10, 2015 in Ankara, where 102 people were killed and 400 others wounded in a twin suicide bombing at a peace rally being held in the capital.