Ankara expects Washington to sever ties with YPG as promised 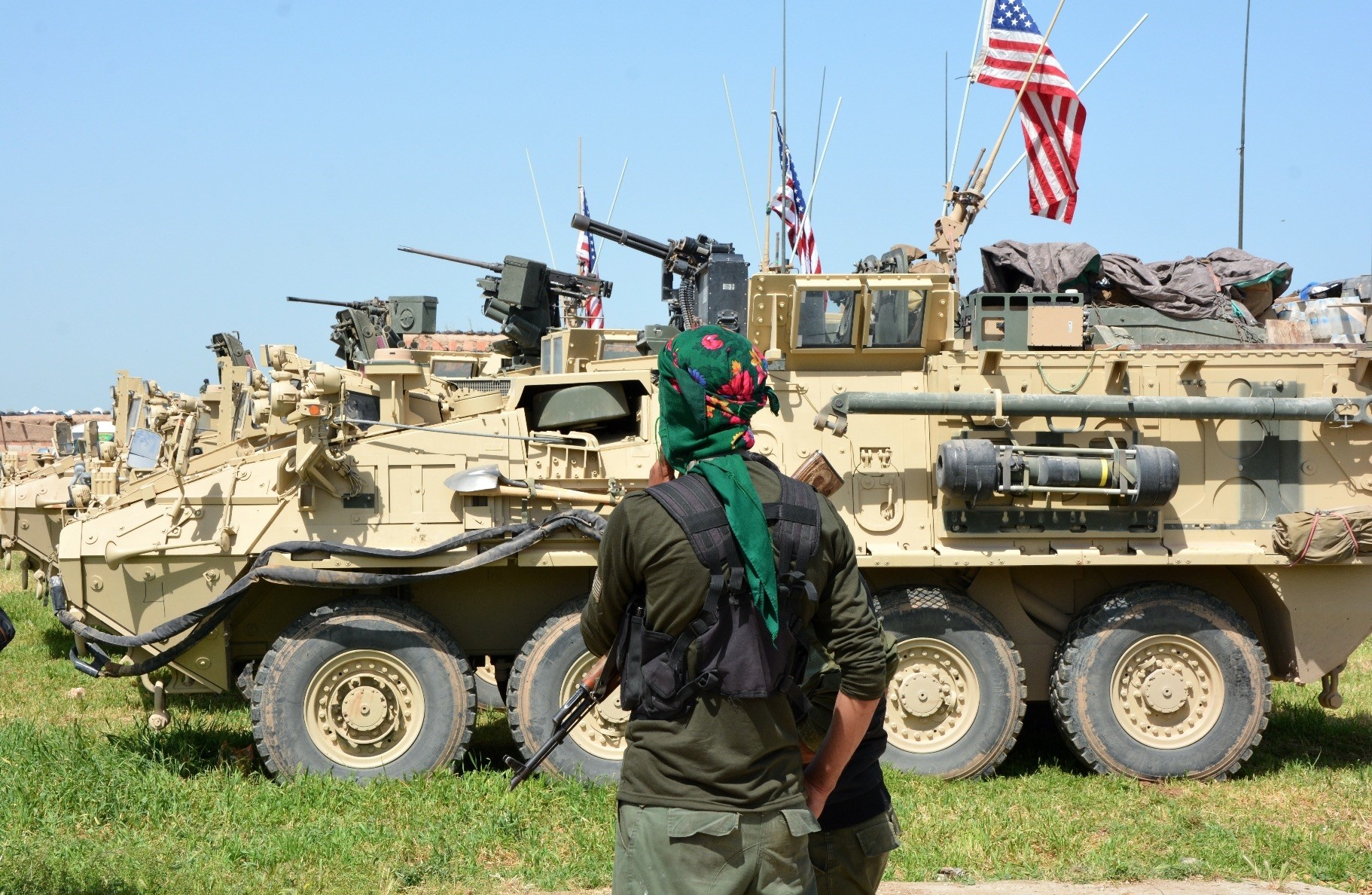 A number of leading Turkish politicians have said they expect Washington to keep its promises on the YPG as President Donald Trump last week assured Ankara of ending the U.S.'s long-running weapons support for the PKK-affiliated terrorist groups in Syria

Turkey's top politicians voiced their expectation from President Donald Trump to keep his recent promise in relation to ceasing weapon deliveries to the PKK-affiliated groups in Syria.

Prime Minister Binali Yıldırım Sunday said Turkey expects an "immediate ending" of Washington's cooperation with the PKK's Syrian offshoot, the Democratic Union Party (PYD), and its armed wing, the People's Protection Units (YPG), as promised by Trump, and to start working again with its "actual ally." On Friday, Trump said in a phone call with President Recep Tayyip Erdoğan the U.S. administration will no longer deliver weapons to the YPG.

"Since the beginning, we uttered the impropriety of working with the PKK affiliated groups in our fight against Daesh in Syria. But they always asserted that it was not a choice but the only solution. Since Daesh was defeated, this obligation no longer exists," Yıldırım said at a press conference before heading to London for an official visit. Ankara strongly disagrees with Washington backing the YPG in the war against Daesh in Syria and the issue was regarded as one of the main reasons underlying the strained bilateral ties between the two NATO allies. While the U.S. insists that supporting the YPG is the only option for defeating Daesh, Ankara says an alternative can be found with local Arab tribes backed by countries in the region instead of supporting and arming one terrorist group against another.

Turkey also said the two countries can carry out a joint operation in Raqqa, before the YPG-led offensive had started, but the offer was neglected by Washington.

Foreign Minister Mevlüt Çavuşoğlu on Saturday also called on the U.S. to keep its promise to stop supplying arms to the YPG.

"It is Turkey's natural right to expect Trump to stick to his word and 'not to give the PYD terror group weapons anymore,'" Çavuşoğlu told reporters in the Mediterranean province of Antalya. "We would like to see it implemented."

Referring to the Turkish cross-border Operation Euphrates Shield against Daesh, which ended in April, Çavuşoğlu said Turkmens and Syrians in Turkey are able to return to areas that were cleared of Daesh through the operation, but 300,000 Kurds fled from the region before being able to return to the areas taken by the YPG out of their "fear of the terrorist group [YPG]."

Erdoğan filled King Salman in on the recent Turkey-Russia-Iran trilateral summit in Sochi, and the ongoing Astana process that is looking to find a solution to the Syrian crisis. They also discussed other regional issues.

In his phone call with the French president, Erdoğan discussed bilateral relations and the Syrian crisis. He also informed Macron about the developments made in Sochi while underlining the importance of holding a fair and independent election in Syria.

The two leaders reaffirmed their commitments to Syria's territorial integrity as both stressed that the region should be protected from other terrorist organizations following the defeat of Daesh.

Erdoğan and Macron also agreed on strengthening bilateral ties in the areas of economy, energy and defense industry.

Turkey, Russia, and Iran are the guarantor countries that brokered a cease-fire deal in Syria in December 2016 which lead to the Astana talks, running parallel to the Geneva talks for peace in Syria.

The three countries have since carried out negotiations in the Kazakh capital and agreed on the formation of five de-escalation zones in Syria.

Syria has been locked in a deadly civil war since early 2011, after the Assad regime cracked down on pro-democracy protests with unexpected brutality, leading to the death of thousands of civilians and the displacement of more than 10 million people.