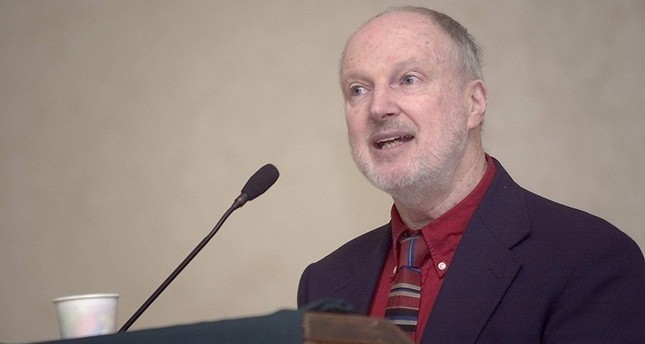 An arrest warrant was issued Friday for former Central Intelligence Agency (CIA) Middle East Chief Graham Fuller, who acted as a sponsor for Gülenist Terror Group (FETÖ) leader Fetullah Gülen when he applied for a residence permit in the U.S. more than a decade ago. The warrant was issued under the scope of the July 15, 2016, coup attempt probe launched by the Terror and Organized Crime Bureau of the Istanbul Public Prosecutor's Office.

The Istanbul Prosecutor's Office issued the warrant for "attempting to destroy the Republic of Turkey or obstruct its functions, obtaining confidential state secrets for political or military espionage, and attempting to destroy constitutional order," Hürriyet daily reported.

Fuller was reportedly in Turkey during the July 15 coup attempt and left the country after it failed.

The prosecutor's office reportedly determined that Fuller had direct contact with former CIA staff Henry J. Barkey and other suspects involved in the coup attempt.

Both Barkey and Fuller are accused of organizing a meeting at Splendid Hotel in Büyükada off Istanbul in July 2016.

Fuller had previously admitted in an interview that he wrote a reference letter for Gülen, after the FBI resisted granting him permanent residency status between 2006 to 2010.

He also defended Gülen, saying that he was not behind the coup attempt.

U.S.-based figure Fetullah Gülen is accused of a long-running campaign to overthrow the state through infiltrating into Turkish institutions, particularly the military, police and judiciary and carrying out the deadly coup attempt, which left 250 people dead and over 2,000 injured.