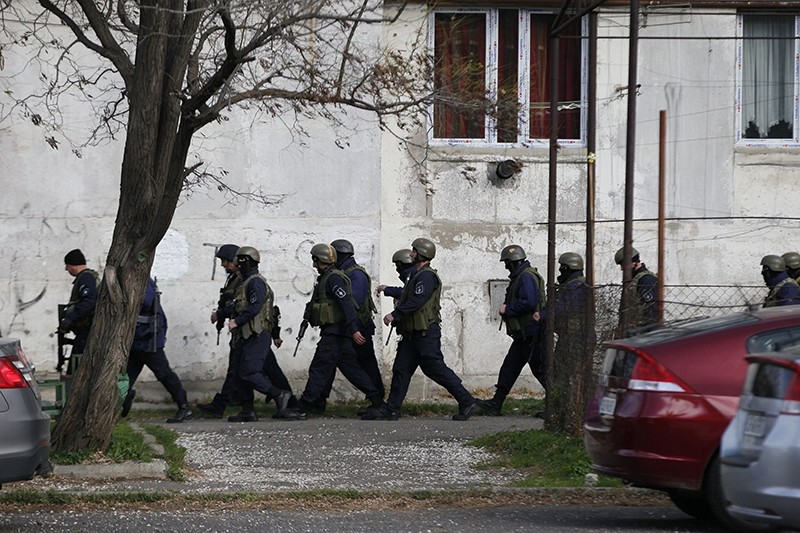 Georgian policemen take part in a counter-terrorism operation area in the Isani district of Tbilisi, Georgia, 22 Nov. 2017 (EPA Photo)
by Daily Sabah with Reuters Dec 01, 2017 12:00 am

Georgia's state security service confirmed on Friday that a Daesh terrorist suspected of masterminding a deadly attack on Atatürk Airport in 2016 was killed during a special operation in the country last week.

"It's confirmed that one of those killed during the operation is Akhmed Chatayev," spokeswoman for Georgia's state security service Nino Giorgobiani told a briefing.

One Georgian special forces serviceman and three members of the terror group were killed in the operation. Four police officers were wounded and one member of the group was arrested.

The 20-hour operation took place at an apartment block on the outskirts of Georgian capital Tbilisi last week.

Chatayev is thought to be one of the suspects linked to the deadly bombing, which killed 45 people last year. He reportedly found accommodation for the bombers.

The terrorist allegedly illegally crossed the border to Georgia and had been living in a flat registered under another Chechen national named Aslanpek Jebrailov.