Turkey will decide what is a threat to it, Presidential Spokesperson Kalın says 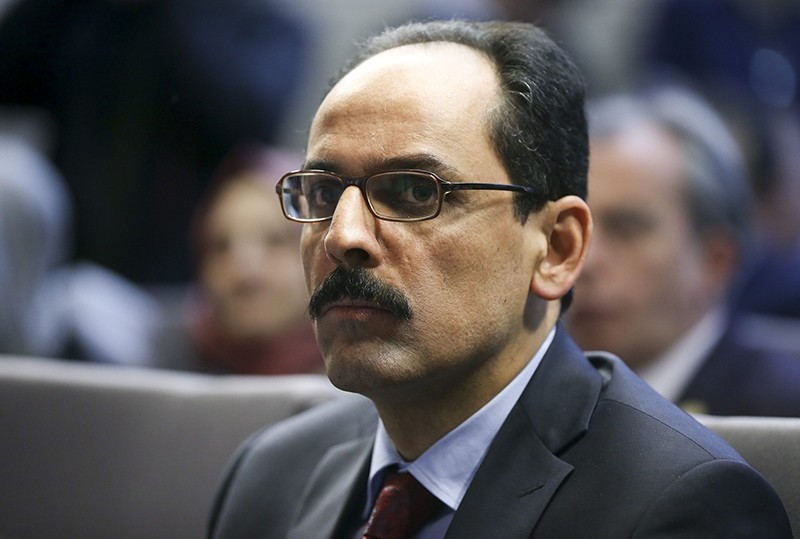 Turkey will determine itself what is a threat to its national security and what is not, Presidential Spokesperson İbrahim Kalın said Friday.

Commenting on Pentagon spokesperson Eric Pahon's remarks Thursday, regarding the retrieval of weapons that may pose a threat to Turkey from People's Protection Units (YPG) terrorists, Kalın said: "Turkey, not others, will decide what is a threat to Turkey. [Pentagon's] statement on retrieving weapons given to the YPG must be materialized."

The YPG is the armed wing of the Democratic Union Party (PYD) — the Syrian offshoot of the PKK, which is designated as a terrorist group by Turkey, the U.S. and the EU. More than 40,000 people have been killed in the PKK's over three-decade terrorist campaign against the Turkish state.

"Not retrieving weapons in the region will extend instability and make it permanent," Kalın added.

Ankara strongly disagrees with Washington's backing of the YPG in the war against Daesh in Syria, and the issue is one of the main reasons of strained ties between the two NATO allies.

While the U.S. insists that supporting the YPG was the only option to defeat Daesh, Ankara says an alternative could be found with local Arab tribes backed by countries in the region instead of supporting and arming one terrorist group against another.

Ankara also had said the two countries could carry out a joint operation in Raqqa, before the YPG-led offensive started, but Washington rebuffed the offer.