US will retrieve weapons that may pose threat to Turkey from YPG: Pentagon 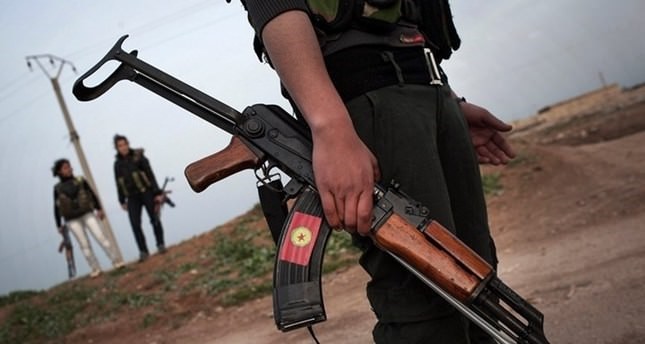 The U.S. will retrieve weapons that may pose danger to Turkey from the YPG, Pentagon's spokesman on Iraq and Syria, Eric Pahon said Thursday, adding that the weapons that will be retrieved does not include Humvees, equipments used for removal of improvised explosive devices (IEDs) and bulldozers from the terrorists.

"Categorically, we will retrieve the weapons that may endanger our ally," he said, adding that Turkey has the inventory list of weapons the U.S. gave to the militants of the Syrian wing of PKK, a globally recognized terrorist group.

The U.S. dispatched trucks of arms to the YPG terrorists in Syria's Deir el-Zour on Tuesday, three days after President Donald Trump assured Turkish President Recep Tayyip Erdoğan that they would not supply any more weapons to the Syrian Democratic Forces (SDF) which mainly consists of militants from the PKK's Syrian affiliate.

The U.S. military has been providing YPG militants with armored vehicles and arms to aid them in the fight against Daesh terrorist group, defying Turkey's warnings about the dangers of fighting a terrorist group with another.

The PYD is the Syrian affiliate of the PKK, a globally recognized terrorist group. The YPG is its armed wing, and the SDF is their umbrella organization, consisting of mainly terrorists.

Turkish officials have reiterated countless times that the YPG/PYD is no different than the PKK, which is recognized as a terrorist group by the U.S., EU and many other countries. Even though the terrorists in Syria have done everything to prove they are the same as the PKK, going as far as displaying the poster of Abdullah Öcalan - the leader of the terrorist group - in Raqqa, the U.S. still has not disengaged with them even now that Raqqa is free of Daesh terrorists.