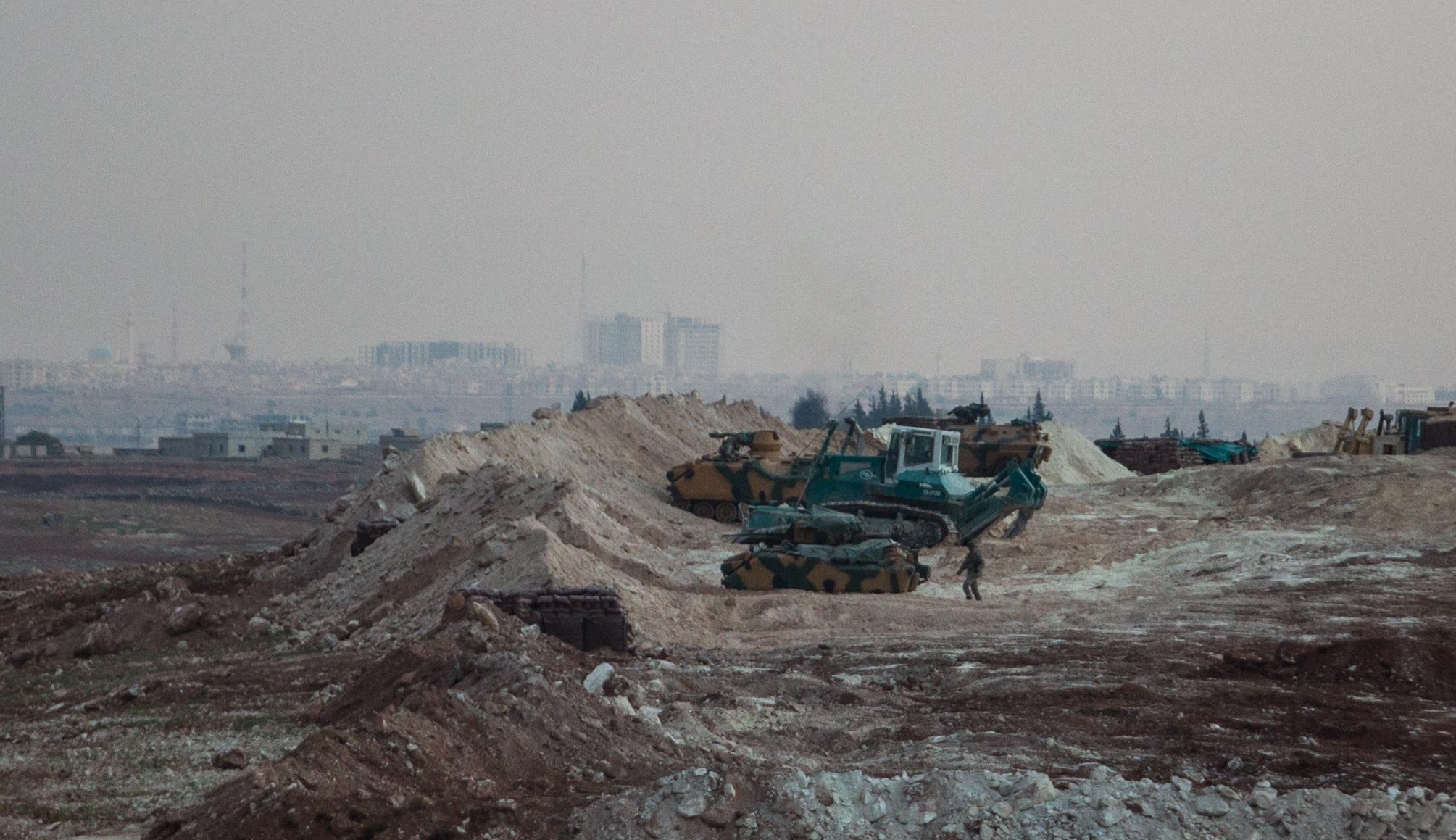 Turkish armored vehicles deployed in Idlib in northern Syria as part of the as part of the Astana Peace process. (SABAH Photo)
by Daily Sabah Dec 08, 2017 12:00 am

The Turkish military have set up three of 12 planned observation posts to monitor the cease-fire, part of the Astana Peace process, as tension in the region grows between Turkish forces and the PKK's Syrian affiliate the People's Protection Units (YPG), which is the militia of the Democratic Union Party (PYD).

The first observation post has been set up in the Salway region near the Syrian-Turkey border as the second one is located in the outskirts of Sheikh Barakat mountain.

The third military post is established on Sheikh Aqeel Mountain, 10 kilometers from Aleppo, Sabah newspaper's correspondent in the region reported.

Turkish forces have now expanded their control 35 kilometers along the border between Idlib and Afrin, an Aleppo district near Turkey-Syria border, which is under siege by the PYD. The distance between Turkish soldiers and YPG terrorists has decreased to 2 kilometers on the bordering territories.

Meanwhile, Turkey continues to bolster its military presence in its southern bordering provinces of Hatay and Kilis. Tanks, air defense systems, armored combat vehicles and military personnel were deployed as officials confirmed Turkey would enter Afrin if it is threatened.

During the recent peace talks in the Kazakh capital Astana, the three guarantor countries, Turkey, Iran and Russia, agreed to establish de-escalation zones in Idlib and in parts of the Aleppo, Latakia and Hama provinces.

On Oct. 12, the Turkish military started to cross into the region to establish observation points to monitor the cease-fire regime in the Idlib de-escalation zone.

Turkish Armed Force elements are also being deployed in Afrin.

Idlib, which is located in northwestern Syria on the Turkish border, faced intense attacks by the Syrian regime after a vicious civil war broke out in 2011.

Since March 2015, Idlib is no longer under the control of the Syrian regime and has been dominated by military opposition groups and anti-regime armed organizations.