More than 300 Daesh suspects arrested across Turkey in December 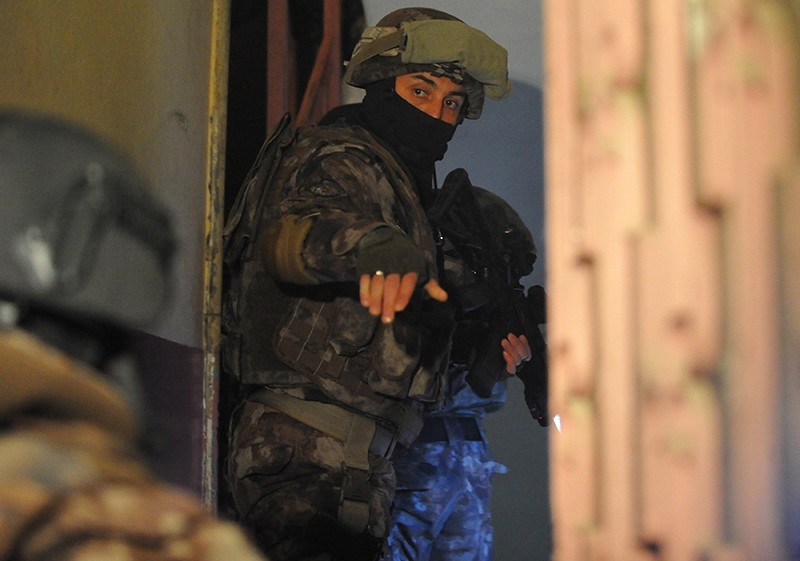 At least 317 people, including foreigners were arrested across Turkey for suspected links with Daesh terror group over the last month.

According to information compiled by the official Anadolu Agency (AA), 40 suspects out of the total were remanded in custody while some of them were deported.

Another 129 Daesh suspects were detained in the metropolis ahead of New Year's Eve while 46 others were arrested in separate operations.

In the capital, 29 Daesh suspects, including foreigners were arrested.

In central Nevşehir province, another suspect, who was at large, was also arrested.

In southern Adana province, a Daesh suspect, who was hospitalized after a bomb exploded alongside a road in Syria, was detained at a hospital.

In central Kırşehir province, a suspected senior Daesh member, who was allegedly in contact with Halis Bayancuk, known also by the codename "Abu Hanzala," was remanded in custody.

In southeastern Şanlıurfa province, two suspects, including a Syrian national, were remanded for suspected Daesh links, while two Iraqis were remanded in northwestern Bolu province.

Five others were also remanded in southeastern Kilis and northwestern Sakarya province.

In Istanbul, a Syrian national was remanded in custody for planning an attack on high-ranking government managers.

In southern Hatay province, 12 people were arrested, while another person was detained in Bursa while another three suspects were held in southeastern Gaziantep province for alleged links with the terrorist organization.