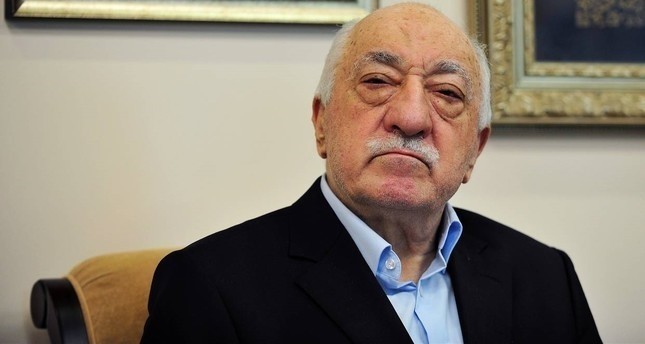 FETÖ is expected to continue to affect Turkey's foreign affairs, particularly with the U.S. and EU, but according to experts, relations with the EU seem more likely to overcome the FETÖ issue than these with the U.S.

The Gülenist Terror Group (FETÖ), accused of orchestrating the July 15 coup attempt in 2016, was among the leading issues of diplomacy problems for Turkey last year, particularly in the task of tackling the group members' activities in the U.S. and EU. As the new year begins, experts believe few positive developments should be expected from the U.S. regarding FETÖ in the near future, although the situation may not be as negative when it comes to the EU thanks to the positive steps taken by both sides recently. As the home of the cult's leader, the fugitive Fetullah Gülen, a former imam who currently lives in Pennsylvania, the U.S. has singled itself out by failing to fulfill Ankara's demands on the issue.

"The biggest source of tension in Turkey-U.S. relations is FETÖ. In every crisis situation, the comfortable position of FETÖ and the groups affiliated with it can clearly be seen across the U.S. However, it's also clear that in such matters, all anti-Turkey groups act together," Ali Çınar, president of the U.S.-based Turkish Heritage Organization, said over the issue, while adding that he has yet to see any positive developments regarding the extradition of Gülen anytime soon.

"Although the U.S. recently stated that every effort was being made concerning the FETÖ issue in terms of time and resources, the prospect of improvement is not high. As a matter of fact, it is still being argued that there is a lack of evidence, which is hard to understand for us since, among other events, 250 people were killed," he further expressed.

High-ranking members of the terrorist group, including Gülen, were already abroad, while those in lower ranks fled the country after its brutal coup attempt was suppressed. The Interpol liaison office of the Turkish police is spearheading the efforts to bring back FETÖ members from abroad.

Associate Professor Aylin Ünver Noi, an academic at the University of İstinye and nonresident senior fellow at Johns Hopkins University, School of Advanced International Studies (SAIS), says that there have been no developments regarding Gülen's extradition.

"The U.S.'s position on the issue is that it is a legal process and due to the separation of powers, the U.S. government will not get involved. I don't think this stance will be changing in the near future," said Noi, expressing that a large number of people in the U.S. still don't believe the July 15 coup attempt was perpetrated by FETÖ.

Apart from the coup attempt last year, FETÖ is accused of two attempts to topple the Turkish government in 2013. Currently, the terrorist group faces a large number of trials for last year's coup attempt, the illegal wiretapping of thousands of people, blackmail, running sham trials and other crimes.

According to Çınar, the U.S. wants Turkey to respect its judicial process and wait. Although there is no doubt that the situation should be handled within the law, if there is law, the extradition deal between the two countries signed in 1981 should be honored.

Other than resisting the extradition of Gülen, the U.S. has also been criticized for openly supporting FETÖ. Recently, a photo showing a U.S. official from the FBI at a dinner hosted by an affiliate of FETÖ sparked outrage among the Turkish public. FETÖ already enjoys support from several U.S. Congress members who have defended the group as an innocent nonprofit organization, but a blatant display of support by the FBI raised eyebrows.

"Gülen should have been extradited to Turkey a long time ago to face charges. The Justice Department under [President Barak] Obama largely ignored this. [President Donald] Trump is aware of the problem and recently discussed it with President [Recep Tayyip] Erdogan. Hopefully this will happen soon," Abraham Wagner, a senior fellow at the Center for Advanced Studies on Terrorism at Columbia Law School, said over the issue.

The terrorist group, which long posed as a charity movement to attract followers, runs a global network of schools and companies. It also runs charter schools in several U.S. states, ranging from California to New Jersey.

"Turkish-U.S. relations are very important. The NATO allies should act logically and alleviate the tensions. Otherwise, 2018 does not seem very bright and things could continue to decline," Çınar said while indicating that if it does, FETÖ and other anti-Turkey groups would end up benefiting the most.

FETÖ also caused a visa crisis between Turkey and the U.S., which was concluded positively on Thursday with the U.S. Embassy in Ankara releasing a statement confirming the end of its visa restrictions. In October, the U.S. Embassy in Ankara said all nonimmigrant visa services in its diplomatic facilities in Turkey were suspended after the arrest of one of its employees over FETÖ ties.

Hours after the U.S. decision, Turkey said it had also halted visa applications from the U.S. The move, announced online by the Turkish Embassy in Washington, applied to visas in passports, electronic visas and visas at the borders and was also effective immediately. On Dec. 28, both countries decided to resume visa services.

Another big problem between the two NATO allies is the Reza Zarrab case, which, according to Ankara, also has FETÖ links. Zarrab, a Turkish-Iranian gold trader, was arrested in Miami last year in March on charges of engaging in hundreds of millions of dollars of transactions on behalf of the government of Iran and other Iranian entities, which were barred by U.S. sanctions, while allegedly laundering the proceeds and defrauding several financial institutions by concealing the true nature of the illegal transactions.

According to Çınar, the Zarrab case did not attract the attention it was looking for in Turkey, nor did it grab the attention of the American public, much to FETÖ's disappointment.

"It seems like both Hakan Atilla and Reza Zarrab will be fined. However, the future of relations depends on what kind of sanctions the U.S. will impose," he said.

U.S. prosecutors also charged former Economy Minister Zafer Çağlayan, Süleyman Aslan, the former general manager of state-owned Halkbank, and two others for conspiring to evade U.S. sanctions on Iran. Zarrab and Halkbank Deputy General Manager Mehmet Hakan Atilla, who was arrested while in the U.S. in March 2017, were scheduled to stand trial on Nov. 27, but the trial was later postponed to Dec. 4.

"There are punishments being demanded from the European banks that violated U.S. sanctions in the past. Among these banks, the biggest amount was paid by the French BNP Paribas to the U.S., which was $9 billion," Noi said, while emphasizing that in this respect, if the court proves that Halkbank also violated the sanctions, the penalties applied to European banks would apply to Halkbank as well.

"We can say that, in the upcoming days, Turkey-Iran relations may be effective in Turkey-U.S. relations," Noi emphasized.

In Wagner's opinion, the effect of the Zarrab case is not clear yet. "We need to see how it sorts out. Trump is very interested in better and stronger relations, and recognizes the critical role Turkey plays in the Middle East," Wagner stated.

Expressing that he does not believe relations with the U.S. could recover in a short time, Bora Bayraktar, an academic from Istanbul Kültür University, said the acceptance of Hüseyin Korkmaz as a witness in the Zarrab case worsened the situation even more.

Korkmaz has been an important name in the trial and stood out with his contradictory statements, namely for completely denying, while he was in Turkey, that "he had anything to do with" the Dec. 17-25 judicial coup attempt perpetrated by FETÖ in 2013, but later confessing after coming to the U.S. that he was actually the investigator on the case with eight officers working under his command.

The U.S. recently revealed its national security strategy, which according to Noi, prioritizes its interests in both its foreign and security policies based on principled realism and rivalry. "Thus, the U.S. will continue its relations with all the countries, including Turkey, depending on whether or not these countries are in accordance with its interests. This means that in issues that would benefit the U.S., cooperation would probably continue," Noi highlighted.

Despite recent positive signals from both sides, Turkey's relations with the EU were also quite tense during 2017, particularly due to the EU countries' stance on the FETÖ issue, while FETÖ fugitives were using them as a safe haven.

"In relations with Europe, there's a new tone emerging. The tensions in relations are not as high, but I'm not sure if it would also reflect on the FETÖ issue," Bayraktar said about the issue while emphasizing that he still believes the EU will more likely negotiate with Turkey than the U.S.

On Wednesday, President Erdoğan said Ankara has no problems with Berlin, Amsterdam or Brussels, adding that there might be official visits to EU member states in the future as there have been positive signals and easing of strained relations between Ankara and EU countries.

Germany, in particular, stands out as the most popular spot for fleeing Gülenists. Ercan Karakoyun, who heads the Foundation for Dialogue and Education, a prominent FETÖ-linked organization operating in Germany, told German weekly Die Zeit in an interview that Germany will become "a new center" for the group. The information from the German Interior Ministry revealed that 260 Turkish diplomats and 508 public servants have sought asylum since the July 15 coup attempt. Unconfirmed reports say that thousands of FETÖ suspects left for Germany after the coup attempt. In addition, a coup plotter said in a testimony in July 2016 that some 4,000 FETÖ members fled to Germany prior to the attempt.

Noi, describing Germany as the "locomotive of the EU," thinks that since both Germany and Turkey left their election period behind, a new page in relations may open.

"Turkey still holds its candidate country position and states all the time that it will not step down. Although Germany held onto the position of not modernizing the customs union deal with Turkey during the crisis between the two countries, a revival of the customs union deal would actually benefit both sides," Noi stated, adding that issues like energy, refugees and terrorism are among the many that cooperation could help iron out.

However, according to Noi, during both countries' elections, this prospect of mutual benefit was overlooked a harsh rhetoric grasped against each other that only served domestic politics, helped to win the elections and ultimately worsened relations. Since the elections are behind us, a positive period may arise in relations. "Still, I believe that the lack of trust among the sides can be overcome with the bilateral gestures," Noi indicated.