KRG to set up anti-PKK zones along Turkish border 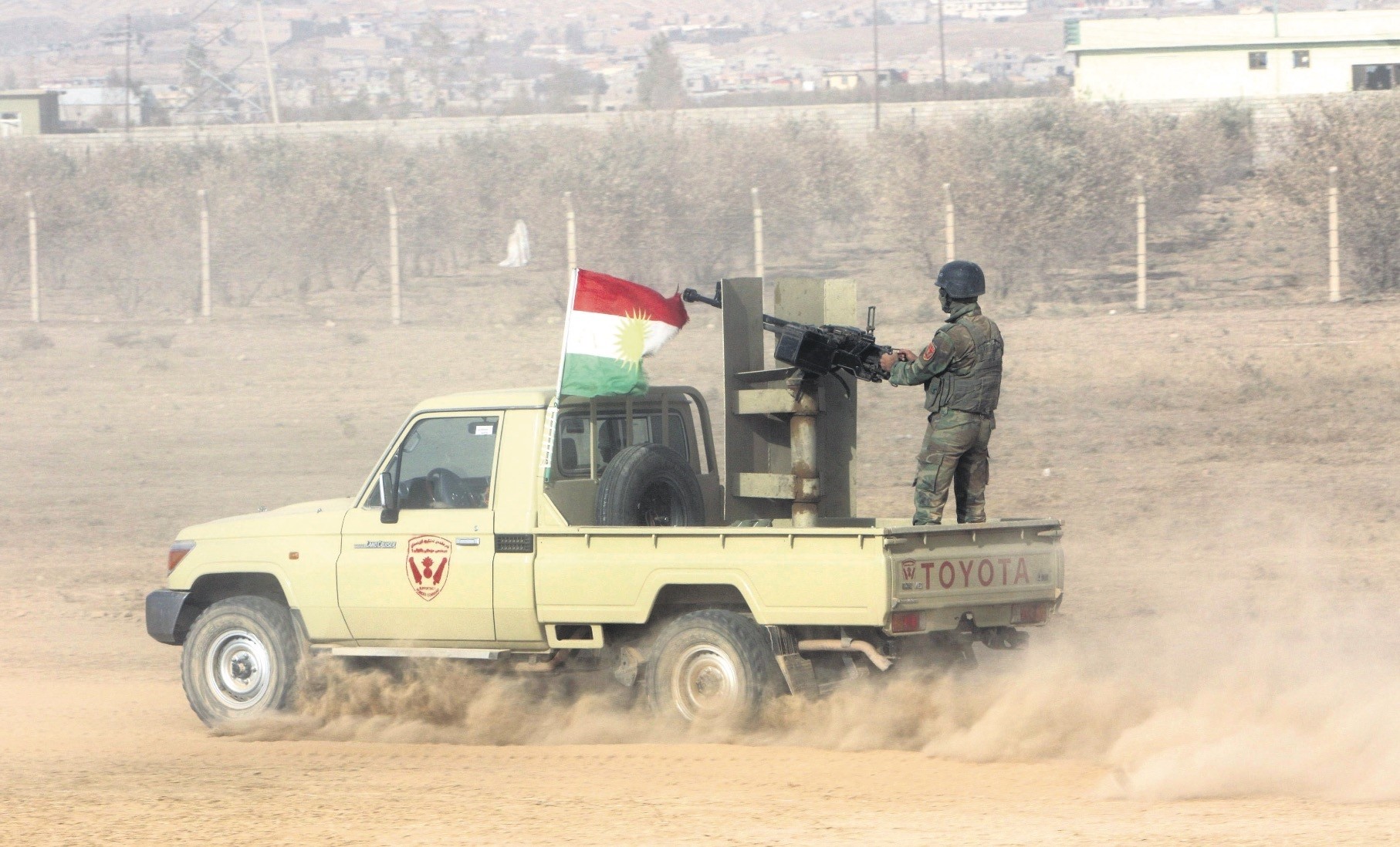 Establishing security zones is Irbilu2019s latest attempt to recover relations with Ankara which were shattered after the KRGu2019s failed independence referendum.
by Selçuk Adıgüzel Jan 03, 2018 12:00 am

Irbil is looking to rebuild its relations with Ankara by ensuring security along the Turkish-Iraqi border, which terrorists frequently use to infiltrate Turkey

In an apparent attempt to rebuild its relations with Turkey in the post-referendum period, the Kurdistan Regional Government (KRG) is reportedly planning to declare security zones in regions that are close to the Turkish border to stop PKK terrorists from entering Turkey. The KRG's relations with neighboring countries shattered after the failed independence referendum it held despite warnings from the region's states, particularly Ankara and Baghdad. Since its economy majorly depends on money coming from outside, the KRG greatly suffered and has been unable to recover its relations with Ankara or Baghdad.

Facing Turkey's uncompromising and harsh measures, the KRG is looking to rebuild its relations with the country.

Establishing security zones is Irbil's latest attempt to recover relations. In hopes of recovering ties, the KRG is aiming to prevent PKK terrorists from organizing and/or carrying out attacks from northern Iraq, as well as curbing the group's infiltration into Turkey.

In this respect, the security zones will be closed to civilian crossings and the ones who try to cross the border will be treated as terrorists, according to local sources with information on the KRG's plans.

One of the biggest reasons behind the tension between Ankara and Irbil is the fact that northern Iraq has been a center for terrorist activities against Turkey for years.

In these past couple of years, terrorists who illegally crossed onto Turkish soils killed hundreds of civilians and security forces.

Last November, an armed fight took place between PKK terrorists, who were trying to cross the border from northern Iraq, and security forces, in which eight Turkish soldiers were killed.

The KRG left areas that were under its control without any fight – most notably Kirkuk – and it also lost its oil revenues in half shares. The economic difficulties that were in place since 2014 have come to a point that cannot be dealt with anymore.

In the last three months following the referendum, the Irbil government is not even able pay the salaries of its officers, which has caused protests in many cities of the region, particularly in Sulaymaniyah.

President Recep Tayyip Erdoğan also warned the KRG before the referendum that Turkey could block the KRG's oil exports.

"We'll see who KRG will sell its oil to, Turkey is in control of the valve," Erdoğan said, referring to the Kirkuk-Ceyhan oil pipeline that connects oil fields in northern Iraq to the oil terminal in the Mediterranean.

Oil revenues are of crucial importance for the KRG's economy, which is suffering from a high rate of unemployment.

During the protests, at least six protesters were shot dead by local security forces in the city in December and a number of public facilities, including several party offices, were torched by angry demonstrators.

Due to the protests, two Kurdish political parties withdrew from the KRG on Wednesday as a show of support for the ongoing protests in Sulaymaniyah.

In a joint statement, the Gorran (Change) Movement and the Kurdistan Islamic Group (Komal) both announced their withdrawal from the KRG's ruling coalition.