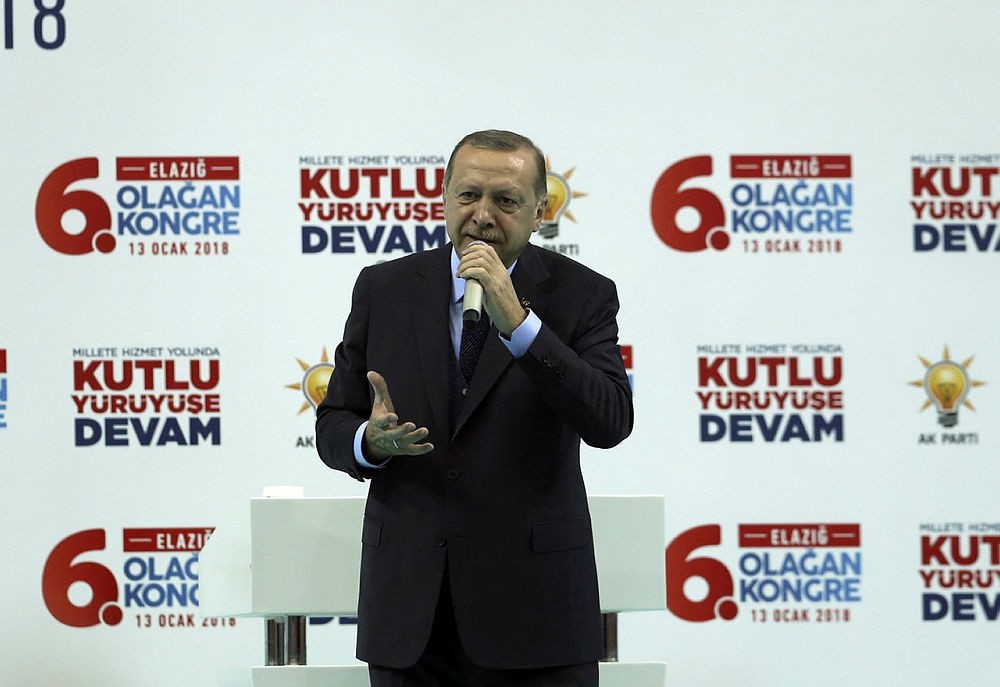 President Recep Tayyip Erdoğan said Saturday that Turkey will conduct military operations in Syria's Afrin if the PKK-affiliate Peoples' Protection Units (YPG) terrorists do not withdraw, adding that Turkey was disappointed with the United States for not keeping its promises.

Speaking at the provincial congress meetings of his ruling Justice and Development (AK) Party in eastern Elazığ province, Erdoğan said Turkey will clear its border with Iraq of "terrorists."

"Making a terrorist wear uniform, and flying your country's flag over the buildings they use does not change any facts. Thousands of weapons sent to the region are already on the black market and some of them are being used against us," Erdoğan said, criticizing the U.S.' support to YPG militia.

The president said Turkey will act alone to protect its security against YPG terrorists even if the U.S. continues its partnership with the group.

According to information obtained by Anadolu Agency (AA) from local sources, YPG terrorists in northern Syria have reportedly geared up to establish a regular army called the Army of the North with U.S. assistance.

Despite the PKK being listed as a terrorist group by the U.S., EU, and NATO, Washington supports the PYD and the YPG as "the most effective partner against Daesh," overlooking their links to the PKK. The support has become a strong factor in the deterioration of ties between the two NATO allies, bringing relations to historic lows in recent years.