Stores in Syria's Manbij to close in protest of PYD terrorists 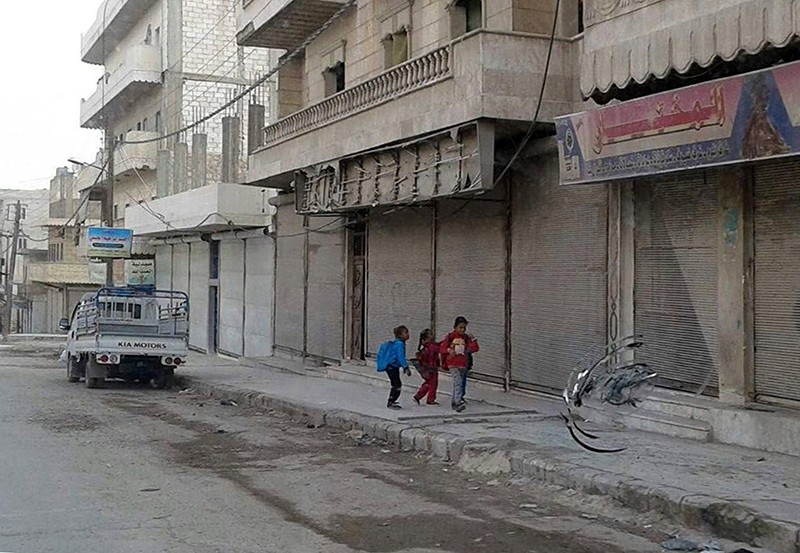 Stores in Manbij had been previously shut down to protest PYD terrorism (AA File Photo)
by Anadolu Agency Jan 13, 2018 12:00 am

Syrian activists have called on shopkeepers in Syria's northern Manbij city to close down businesses on Sunday in protest of the killing of two civilians by the PKK's Syrian offshoot Democratic Union Party (PYD).

Hundreds protested against the PKK/PYD terrorist group on Friday following the discovery of the bodies of Hannan al-Jarivah, 25 and Abbud al-Minkhan, 23, after -- the demonstrators believe -- they were tortured to death by PYD militants.

The bodies of the two young men, with one's head cut off, were found in a village some 20 kilometers (12 miles) east of Manbij.

Tension escalated into a gunbattle between the PKK/PYD terrorists and angry civilians after families of the two victims recognized their bodies after activists shared their photos on social media.

In a statement, the High Council of Syrian Tribes condemned the killings, saying that crimes committed by PKK/PYD terror group in the region "were not new."

It went on to call on people of the city to "rise up" against the terrorist group.

In November, business owners in Manbij staged a general strike to protest the forcible recruitment of young people by PKK/PYD.

An Arab-populated city located on the west bank of the Euphrates river, Manbij remains under the control of the PYD, the Syrian offshoot of the PKK terrorist group, which has waged a war against Turkey for more than 30 years.

The PKK -- listed as a terrorist organization by the U.S. and EU as well as Turkey -- resumed its armed campaign in July 2015. Since then, it has killed more than 1,200 Turkish security personnel and civilians, including women and children.