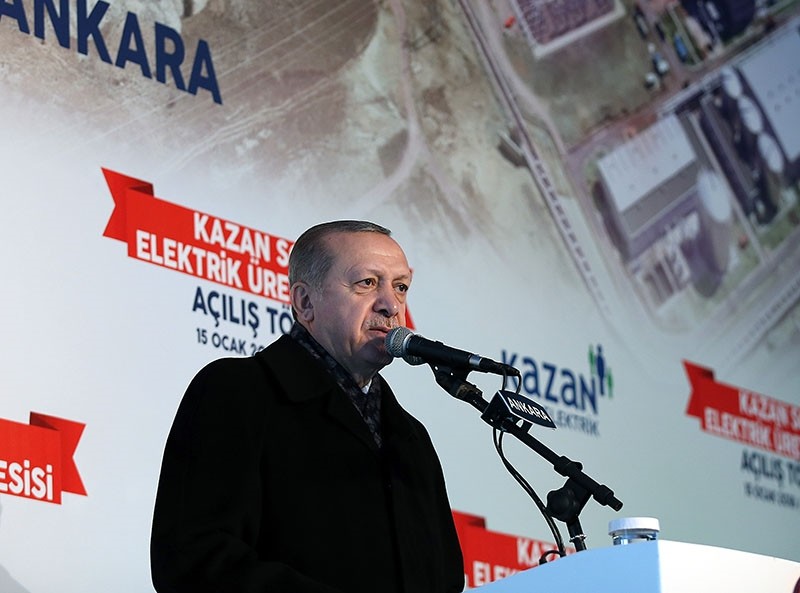 "The Turkish Armed Forces will take care of the issues at Afrin and Manbij, the preparations are complete. The operation could start any moment," Erdoğan warned, adding that the military operation will continue until not a single terrorist is left at Turkish borders.

The president said operations in other regions will follow after that.

Erdoğan also slammed the U.S. over its plans to form a 30,000-strong army based on the Syrian Democratic Forces (SDF), which is dominated by the PKK terror group's Syrian affiliates the Democratic Union Party (PYD) and its armed-wing People's Protection Units (YPG).

"Now America confessed to forming a terrorist army along our borders. It is our duty to choke this terrorist army before it is born," Erdoğan said. "Trust in Turkey if we are your strategic allies. If soldiers are needed in Raqqa or Manbij, we can send one or two brigades. Act with Turkey. What you are doing is wrong; you'll disgrace yourselves in front of your strategic partner."

The president warned the U.S. that the terrorist-dominated army would betray it in the end.

"These 30,000 terrorists [armed by the U.S.] will be the first to point their weapons at American soldiers when they run into trouble. It's up to the U.S. to decide if it wants a future with these murderers, but we won't allow this or anything that puts our national security at risk," Erdoğan said.

Ankara has long criticized Washington over its partnership with the PYD and the YPG in fight against Daesh, saying that the U.S. should not use one terror group to fight another terror group.

Despite the PKK being listed as a terrorist group by the U.S., EU and NATO, Washington argues that the PYD and the YPG are "the most effective partner against Daesh," overlooking their links to the PKK.