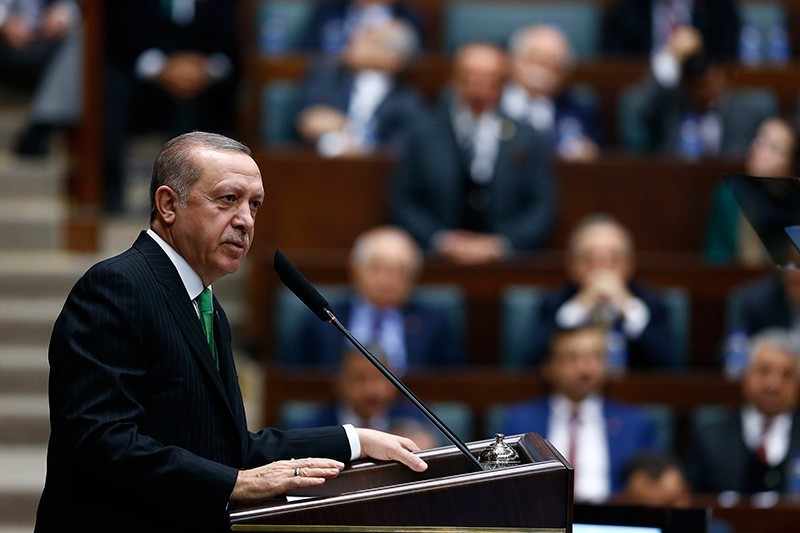 Speaking to the media after a parliamentary group meeting of the Justice and Development Party (AK Party), Erdoğan said he was not considering to call U.S. President Donald Trump regarding the operation, adding that talks with Russian President Vladimir Putin continue.

The president also expressed doubt that the U.S. plan to form a 30,000-strong army led by terrorist PKK's Syrian affiliates in northern Syria would boost border security, saying that even the Assad regime did not "lean toward" the initiative.

On Sunday, the U.S.-led coalition said it was working with the Syrian Democratic Forces (SDF) — which is dominated by the PKK terror group's Syrian offshoot the Democratic Union Party (PYD) and its armed-wing YPG — to set up a force that would operate along the borders with Turkey and Iraq, as well as within Syria.