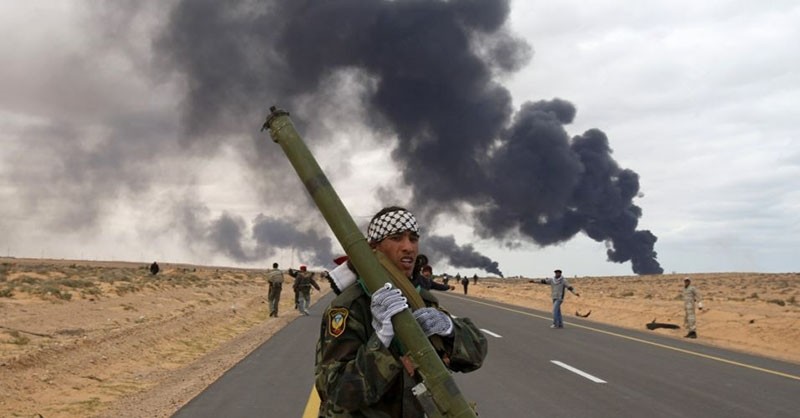 A rebel holds a man-portable air-defense system (MANPAD) during clashes with pro-Gaddafi forces between Ras Lanuf and Bin Jawad in east Libya, March 9, 2011. (Reuters Photo)
by Daily Sabah Jan 16, 2018 12:00 am

The Al-Masdar News media outlet, known for being pro-Assad regime, reported that the U.S. provided the defense system to the YPG in northwestern Syria near the town of Afrin through a backdoor agreement between Washington and the terrorist group.

The report comes days after the U.S.-led coalition confirmed reports that it will form a 30,000-strong YPG-led Syrian Democratic Forces (SDF) border army, a move drawing condemnation from Turkey, Russia and Iran.

President Recep Tayyip Erdoğan said Monday that the Turkish military will soon start an operation to clear northern Syria's Afrin and Manbij of terrorists, slamming the U.S. for going behind the back of its claimed "strategic partner" to collude with terrorist groups.

Russian Foreign Minister Sergei Lavrov condemned the move Monday, saying the formation of a YPG-controlled zone could pose a threat to the territorial integrity of Syria.

A report by Anadolu Agency last week said a group of 400 fighters from the YPG-led SDF, "named as the North Army by the PKK, was provided with technical training as well as military training and 'high-tech equipment."