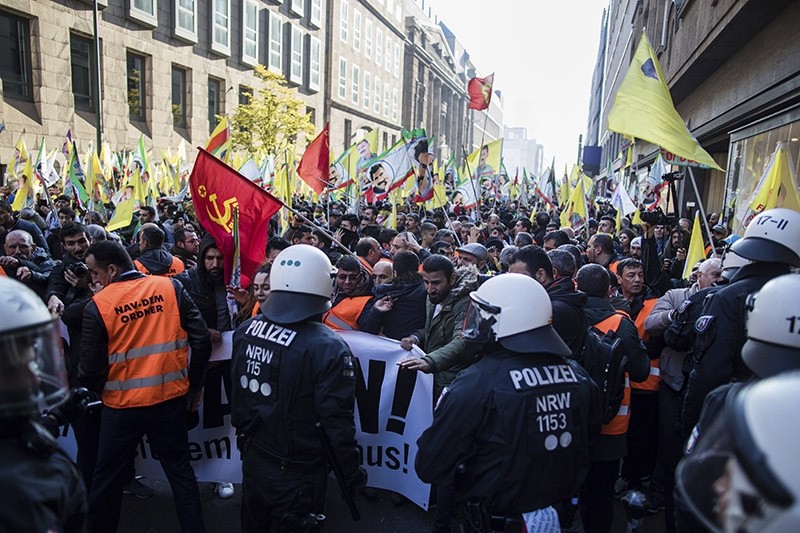 Germany has greatly increased the number of investigations into suspected supporters of the PKK terror group.

The number of preliminary proceeding launched against suspects has increased from 15 in 2013 to 130 in 2017, a spokesman for the Federal Prosecutor's Office told dpa on Wednesday.

The spokesman did not specify how often the cases resulted in sentencing for those accused.

The Turkish government has repeatedly warned Germany and the European Union of the PKK's threat, demanding more forceful action from the authorities.

Germany outlawed the PKK in 1993 and has placed people on trial for membership and support of the PKK since then.

The latest trial starts on Wednesday in the upper regional court in the northern city of Celle, where a 43-year-old Turkish national faces charges of being a regional representative of the PKK for the city of Oldenburg in Lower Saxony.

The man is also accused of being linked to the planning and execution of travel to northern Iraq and the recruitment of PKK terrorists.

If found guilty of supporting a terrorist organization, the man could face up to 10 years in prison.

Despite being outkawed, the PKK has long enjoyed relative freedom in European cities and has a particularly strong presence in Germany. PKK supporters have been allowed to hold rallies, recruit militants and collect funds in Germany and several other European countries, including Belgium, the Netherlands and Switzerland, where their terrorist activities are met with support.