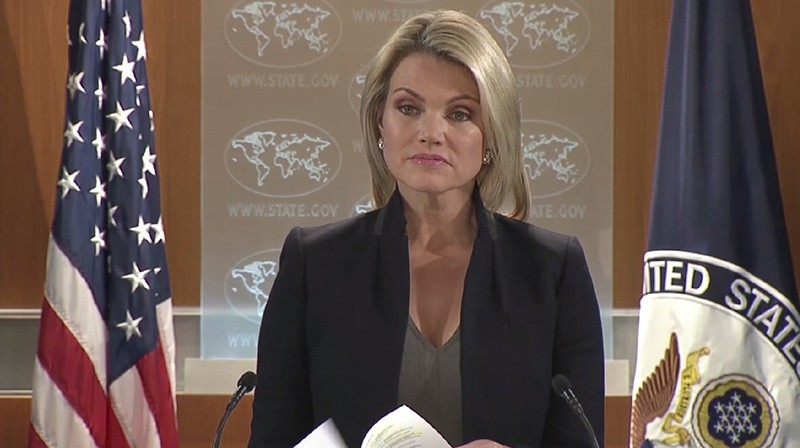 U.S. State Department Spokesperson Heather Nauert Thursday called on Turkey to refrain from a military operation in northern Syria's Afrin against the against the PYD/YPG, which are the Syrian offspring of the PKK terror group.

"We would call ... on the Turks to not take any actions of that sort. ... We don't want them to engage in violence but we want them to keep focused on Daesh," Nauert said Thursday during a briefing.

The Turkish Armed Forces (TSK) and the Free Syrian Army (FSA) have been carrying out their final preparations and drills near the Syrian border ahead of an expected offensive into the Afrin district.

The possible operation came from Ankara's persistence to sweep its borders and be rid of PKK-affiliated Syrian offshoot terrorist groups.

Meanwhile on Sunday, the U.S.-led coalition in Syria announced it was working with the Syrian Democratic Forces (SDF) -- a group dominated by the terrorist PYD/YPG-- to set up and train a Syrian border protection force.

Turkey has long protested U.S. support for the PYD/YPG, the Syrian offshoot of the PKK terrorist group, and its military wing the YPG, while Washington has called it a "reliable ally" in its fight against Daesh in Syria.