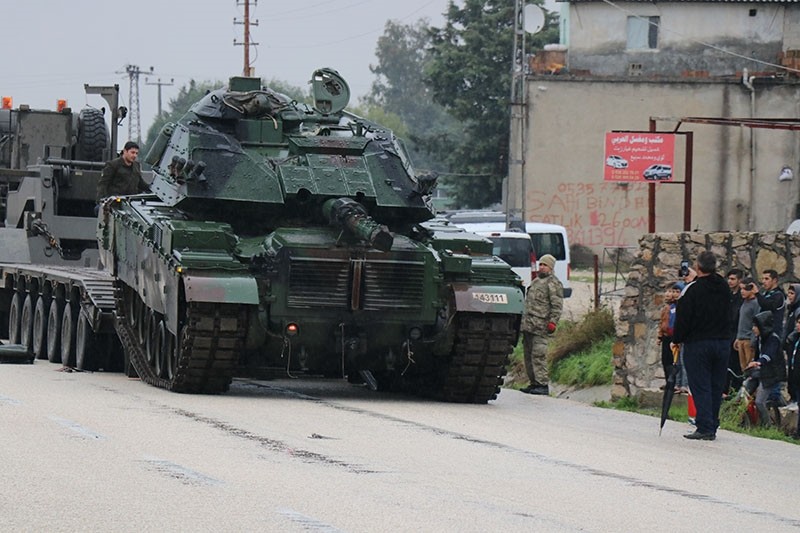 Speaking at an interview with Turkish broadcaster A Haber, Canikli said Russia told Turkey that it will withdraw its military assets from the region and talks between the two countries continue regarding the imminent operation.

Canikli did not say when the operation would take place, saying authorities were working out the best timing for the assault. They were also working to minimize possible losses for Turkish troops, he said, without providing any details.

Canikli said Turkey has all the information available regarding the number of YPG militants, their weapons systems and their locations, and is capable of blocking the terror group's defense systems.

Commenting on the U.S.'s recent statement on the Afrin operation, the minister said the statement is "tactical" in nature, and aims to create confusion while employing psychological warfare.

On Thursday, U.S. State Department Spokesperson Heather Nauert called on Turkey to refrain from a military operation in Afrin against the YPG and instead focus on the fight against Daesh.

An operation in Afrin is currently being considered as imminent in the wake of Turkey's successful seven-month Operation Euphrates Shield in northern Syria, which ended in March 2017.

The Bashar Assad regime handed over Afrin to the PYD/YPG without putting up a fight, and there are currently some 8,000-10,000 terrorists in the area, according to information gathered by Anadolu Agency.

After Turkey warned of their presence in Afrin, terrorists are now hiding out in shelters and pits in residential areas there.