Fighting for peace at home, abroad with sheer sacrifice 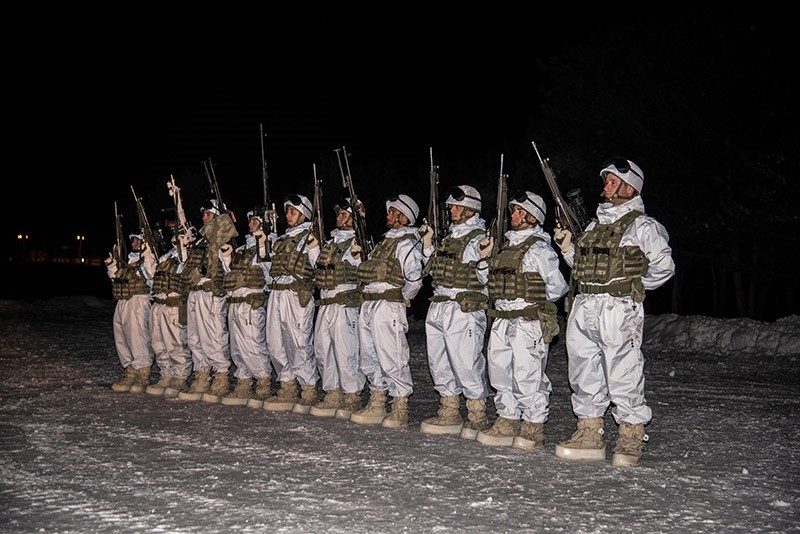 While a cross-border operation against the YPG was launched, the 9th Commando brigade is undoubtedly set to be a key component in the offensive
by Yunus Paksoy Jan 20, 2018 12:00 am

The 9th Commando Brigade in the Sarıkamış district of Kars province is busier than ever these days. The brigade strives to make the work of the Turkish Armed Forces (TSK) easier in the fight against several terrorist organizations at home and abroad.

While the odds of a cross-border operation against the PKK's Syrian affiliate People's Protection Units (YPG) grow more likely each day, the brigade is undoubtedly set to be a key component in the offensive. It has already sent two units to the border for the imminent operation.

Another commando unit from the same brigade has been actively partaking in the fight against the PKK in the southeastern part of the country.

The PKK threat in Kars also keeps all units alert day in and day out. In fact, the 9th Commando Brigade in Sarıkamış has given the terrorist group no respite for a long time, notably for the past one-and-a-half years.

In the summer of 2015, the PKK unilaterally broke a two-and-a-half-year cease-fire with the Turkish state. Two police officers were found shot in the head in their home in the southeastern province of Şanlıurfa on July 22, 2015. Just 10 days before the attack, the PKK had declared the end of the cease-fire.

That July was followed by months of urban warfare and destruction. The unending wave of PKK violence spread across the region. Kars was also affected. 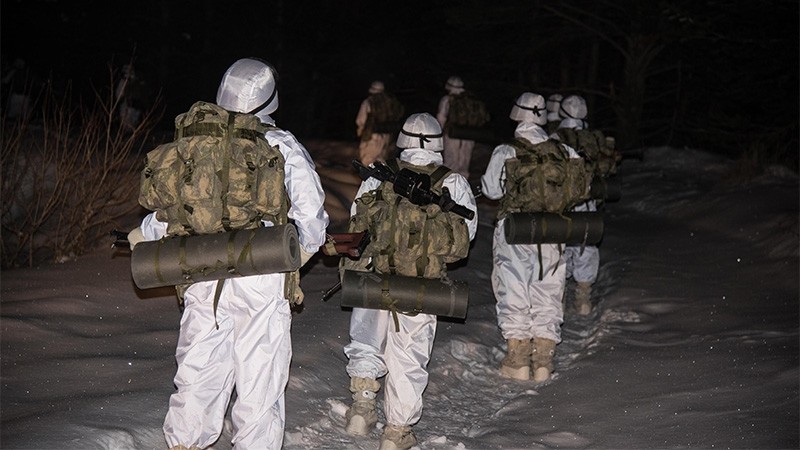 Although the terrorist group failed to draw support and sympathy from locals in central and rural Kars, the renewed fight against terrorism had an impact on the area. Kars plays a remarkable role for the terrorist group for its strategic position. It functions as a gateway from the south to the north and the other way around.

In this period, the PKK hijacked cars, set trucks on fire, sabotaged the Baku-Tbilisi-Ceyhan natural gas pipeline and ambushed a military vehicle with improvised explosive devices along other minor incidents.

The Sarıkamış district is beautiful. Winter tourism, unlike any other area affected by terrorism, boosts the economy here. Tens of thousands of tourists flock to the province and the district for skiing or to visit its cultural sites. This was also a target for the PKK. The group made several attempts to deal a heavy blow to skiing centers and significant tourist spots.

However, the brigade ratcheted up the crackdown to put an end to the resumed campaign. There has not been a day since then on which a military operation has not been conducted in the area. The military did not take any chances. 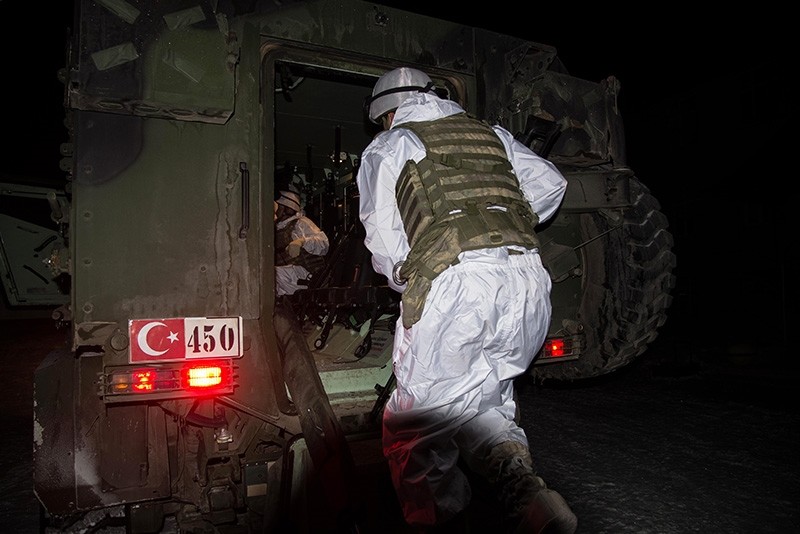 As a result of the relentless, daily operations with highly trained commandos as well as reconnaissance drones, there has been no terrorist activity since June 30, 2016. On that day, four PKK terrorists, including one high ranking who was responsible for Artvin province, were killed and two were injured.

Today, the area is buzzing with tourists and business is as lucrative as ever. The historic Eastern Express, which connects the province with the capital city of Ankara, is breaking new records. Seats are booked as soon as tickets go on sale and the extra cars added to the train cannot cover demand. The route was even close to closure until recently.

The brigade is proud. Over 30 operations a week keep the PKK away from the area even though the number does not entirely reflect how much of a sacrifice the commandos make amid such a challenging time for the Turkish military and the country.

Now that the military has set eyes on People's Protection Units- (YPG) held Afrin to cleanse its southern border of terrorist elements, the 9th Commando Brigade in Sarıkamış, along with other security forces across the country, has the strength and determination to deliver results.

The morale among soldiers is high. The idea of going down southward to the Syrian border is generally the main talk as Kars is firmly secure. They are counting down the days until the final hour.