Anyone who opposes Turkey's Afrin op will be siding with terrorists: FM Çavuşoğlu 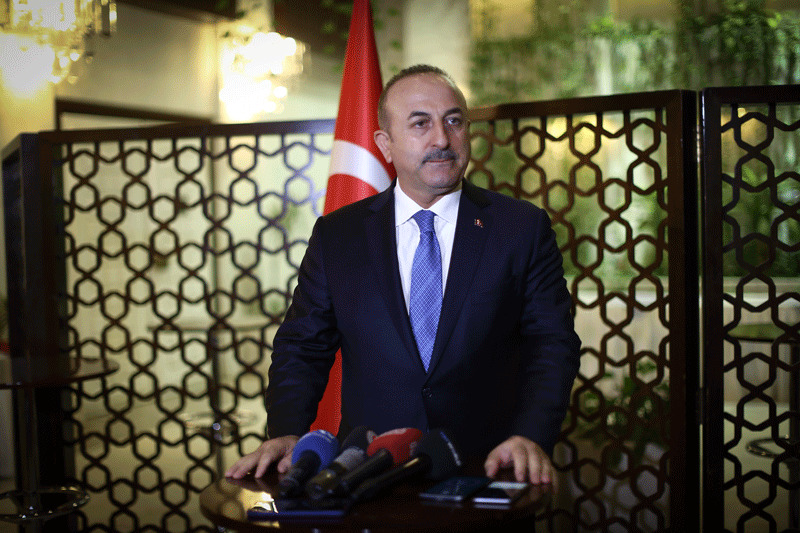 Anyone who opposes the Turkish operation on Syria's Afrin will have taken the side of terrorists, Foreign Minister Mevlüt Çavuşoğlu said Sunday after France's call for an emergency meeting of the United Nations Security Council.

"We hope France will support Turkey's operation against terrorists in Syria," the minister added.

Çavuşoğlu noted that the operation will take precautions to ensure no civilian or innocent person would be harmed.

Turkey launched "Operation Olive Branch" on Saturday at 5 p.m.(1400GMT) in Syria's northwestern Afrin region. The aim of the operation is to establish security and stability along Turkish borders and the region as well as to eliminate PKK-linked and Daesh terror groups, and protect the Syrian people from the oppression and cruelty of terrorists.