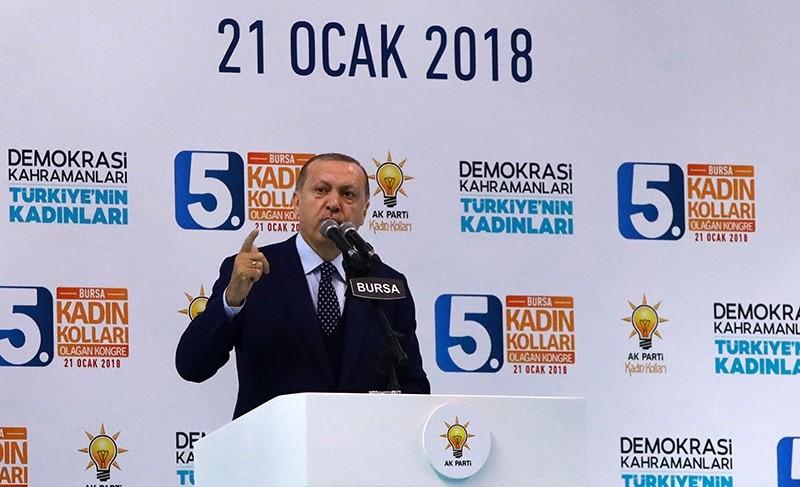 | AA Photo
by Daily Sabah Jan 21, 2018 12:00 am
President Recep Tayyip Erdoğan said Sunday that the Turkish troops will chase down PKK-linked Democratic Union Party (PYD) and its armed wing People's Protection Units (YPG) terrorists as they run away in Syria's Afrin, and that the operation will be completed in a short period.

Speaking in Bursa province, Erdoğan said that the operation against the YPG in northern Syria would be completed in "a very short time," as Turkish ground troops entered Syria.

"God willing, this operation will be finished in a very short time," Erdoğan said.

The president said that the PKK-linked YPG cannot rely on U.S. support to defeat Turkey, while noting that some of Turkey's allies have provided 2,000 planes and 5,000 trucks of weapons and ammunition to the terrorists.