US urges Afrin operation to remain limited in scope, says it supports Turkey's concerns in Syria 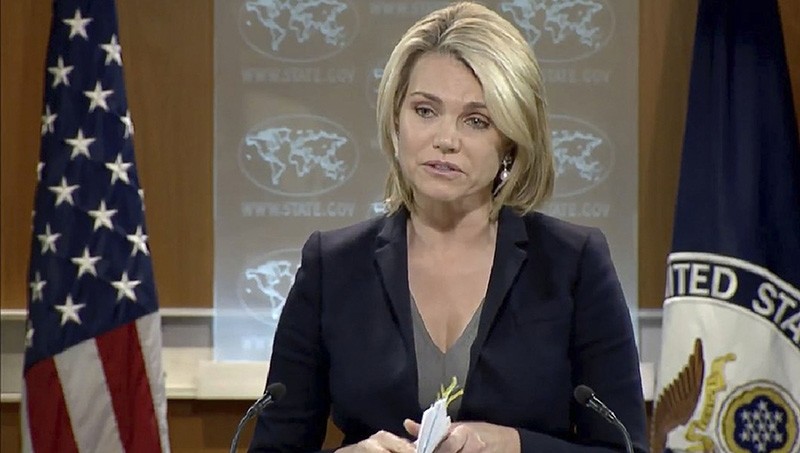 The U.S. urged Turkey to exercise restraint and ensure that its military operations remain limited in scope and duration, however, said it was "supportive of addressing the legitimate security concerns" of Turkey regarding terrorist groups in Syria's Afrin, U.S. State Department Spokesperson Heather Nauert said in a statement Sunday.

"As expressed by Secretary Tillerson in calls to his Turkish and Russian counterparts yesterday, the United States is very concerned about the situation in northwest Syria, especially the plight of innocent civilians who are now faced with an escalation in fighting," Nauert said.

"We continue to be supportive of addressing the legitimate security concerns of Turkey as a NATO Ally and critical partner in the effort to defeat ISIS," the statement added, using an alternative acronym for Daesh terror group.

The U.S. also called on Turkey to take precautions to limit civilian casualties and focus on "the central goal" of defeating Daesh.

"Now is the time for great nations to work together to secure a peaceful stability for the people of Syria," the statement concluded.

The Turkish military said only terrorist targets were being destroyed and "utmost importance" was being given to not harm any civilian while Free Syrian Army (FSA) Commander Abu Maryam gave assurances to civilians that his fighters were only targeting PKK/PYD terrorists.

Turkey launched Operation Olive Branch on Saturday at 5 p.m.(1400GMT) in Syria's northwestern Afrin region; the aim of the operation is to establish security and stability along Turkish borders and the region as well as to eliminate PYD and Daesh terror groups, and protect the Syrian people from the oppression and cruelty of terrorists.