US hopes to work with Turkey to create 'security zone' in Syria: Tillerson 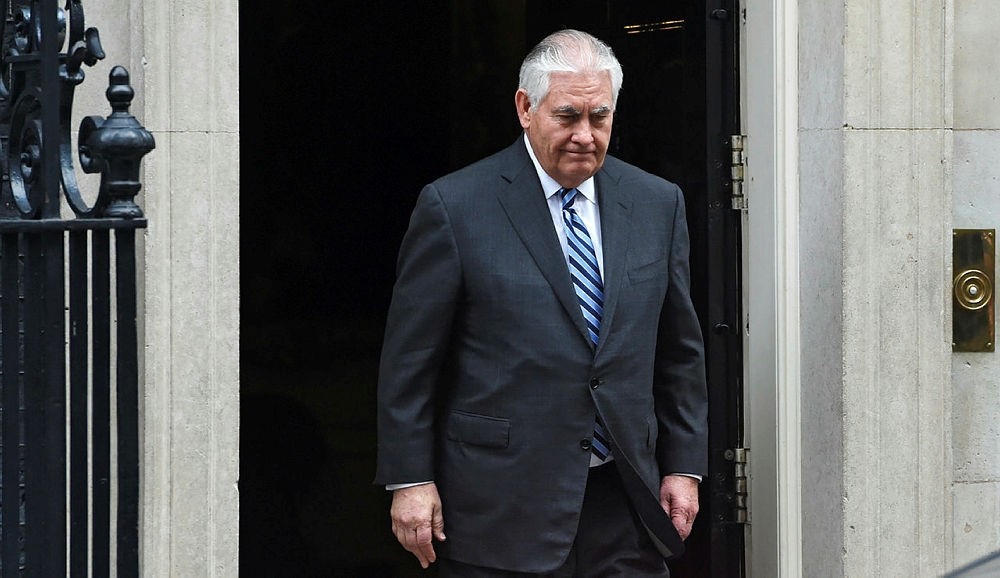 The United States hopes to work with Turkey to try to create a security zone in Northwest Syria to meet its legitimate security needs, U.S. Secretary of State Rex Tillerson said on Monday according to a U.S. pool reporter traveling with him.

The United States has told Turkey "let us see if we can work with you to create the kind of security zone you might need," Tillerson said, according to a reporter traveling with him to Paris. "So we're in discussions with the Turks and some of the forces on the ground as well as to how we can stabilize this situation and meet Turkey's legitimate concerns for their security."

Diplomatic conversations are being held between Washington and Ankara regarding Turkey's ongoing operation against terror groups in Afrin, Syria, the Pentagon told Anadolu Agency.

"I can tell you that we are presently in conversations with our Turkish allies to resolve the situation right now," according to spokesman Adrian Rankine-Galloway.

His remarks were in response to being asked if the Pentagon is in contact with Turkish authorities after Tillerson recently said the U.S. is working with Ankara to find solutions to Turkey's legitimate security concerns.

"I can confirm to you that there are discussions happening right now between the United States and Turkey to resolve this particular crisis," Rankine-Galloway added without providing details.

Asked to define "crisis", he clarified the situation in Afrin and more broadly, Turkey's security concerns.

Following an increase in the number of terror threats, coming from northern Syria into Turkey, it launched Operation Euphrates Shield in August 2016 while backing the opposition Free Syrian Army (FSA) against terrorist elements including, Daesh as well as the PKK-affiliated Democratic Union Party (PYD) and its armed wing, the People's Protection Units (YPG).

The operation is being carried out under the framework of Turkey's rights based on international law, UN Security Council resolutions, and its right to self-defense under the UN charter and respect for Syria's territorial integrity, it said.