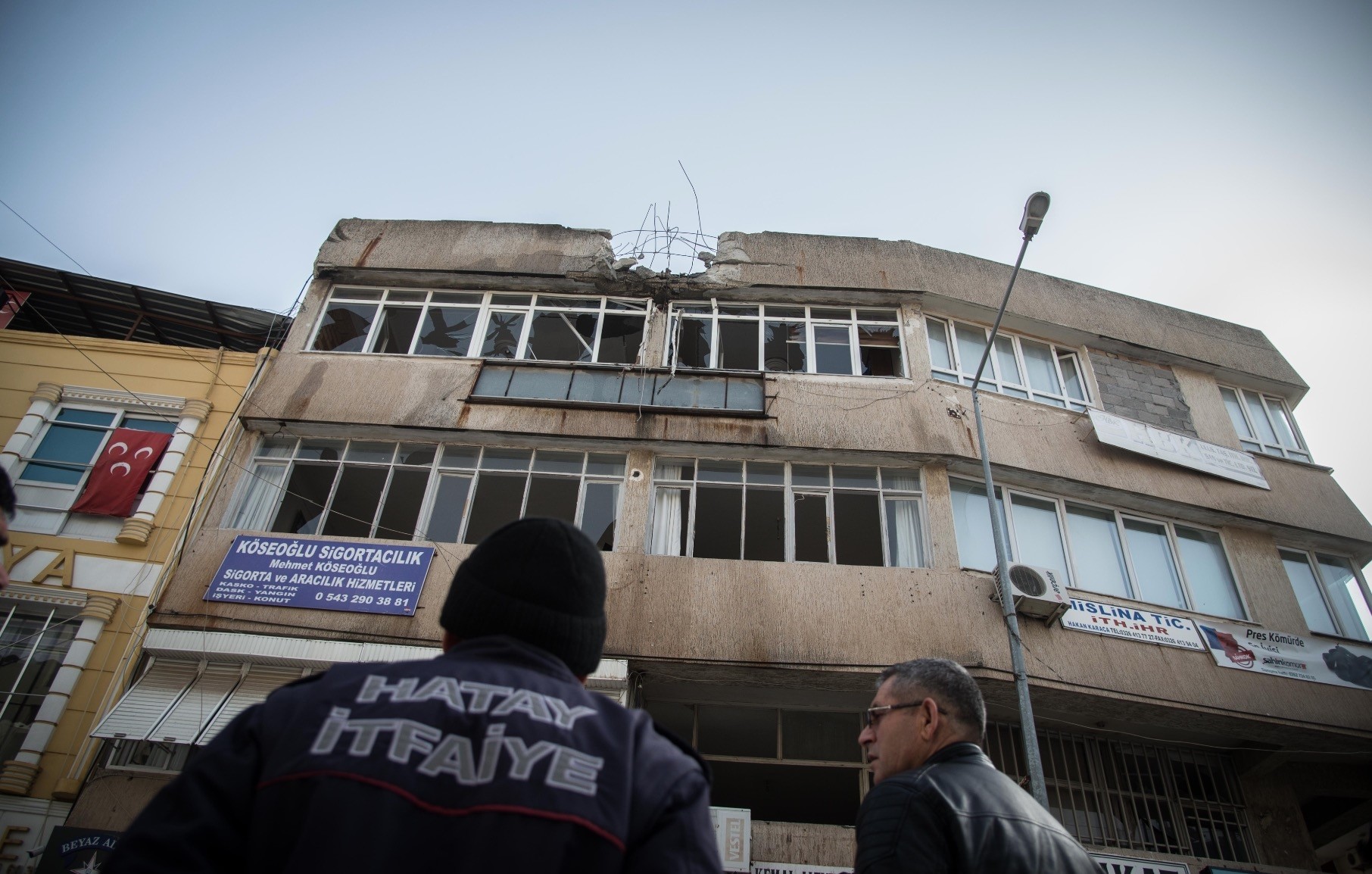 A civilian died and more than 35 people were injured in Hatayu2019s Reyhanlu0131 district in the mortar attack from PYD-controlled areas.
by Yunus Paksoy Jan 23, 2018 12:00 am

Turkey's Operation Olive Branch to eliminate PKK-affiliated terrorist threats from Afrin, Syria, successfully left behind its third day yesterday as the Democratic Union Party (PYD) and its armed wing the People's Protection Units (YPG) continued to harass Turkey's border towns with rocket fire, targeting civilians. In addition to reports that the YPG is using civilians as human shields in Afrin against Turkey's offensive, it has also struck the border towns of Hatay and Kilis with several rockets, leaving one dead and causing more than 40 injuries. While performing the mid-afternoon prayer in a mosque, he heard some kind of a large explosion.

"I thought it was doomsday," said a resident of the border town of Reyhanlı in the southern Hatay province, as he recounted Sunday's mortar attack by the YPG. The small border district was rattled by the attack. Shattered windows, partly destroyed buildings and damaged cars were still in view yesterday. "Thank God it was on Sunday, otherwise we would surely be dead," said Mustafa, 16, who works in one of the mortar-struck buildings.

A civilian died and more than 35 people were injured in the mortar attack from PYD-controlled areas, according to the Hatay Governorate. The scars of the attack, though, are still fresh. "God willing, the operation will put an end to this violence," Yücel sighed.

The terrorist attack against civilians struck while Turkish Armed Forces' (TSK) tanks and troops marched toward the Afrin region as part of what has been named Operation Olive Branch. As the operation enters its third day, at least 11 PYD villages have been liberated so far. Turkish troops, together with the Free Syrian Army (FSA), entered PYD-held areas from the northern, northwestern and western part of the strategic Afrin canton of the terrorist group.

The TSK is also sensitive on the legitimacy of the issue. The operation aims to establish security and stability along Turkish borders and the region as well as to protect the Syrian people from the oppression and cruelty of terrorists, the army said. The operation is being carried out under the framework of Turkey's rights based on international law, U.N. Security Council decisions, self-defense rights under the U.N. charter and respect to Syria's territorial integrity, it added at the start of the operation.

The military also said the "utmost importance" was being given to not harm any civilians. Afrin has been a major hideout for the PYD/PKK since July 2012 when the Bashar Assad regime in Syria left the city to the terror group without putting up a fight. 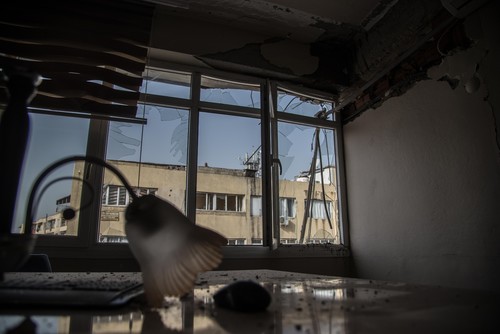 In addition, security posts along the Turkey-Syria border have long been receiving harassing fire from PYD-held Afrin, at times causing injuries and material damage, which Turkey has also retaliated in kind.

The first PYD attacks came in September 2015 with cross-border fire from Afrin that killed a Turkish soldier in Hatay. One year later, in September 2016, YPG terrorists attacked the Erol Çavuş border post, also in Hatay. 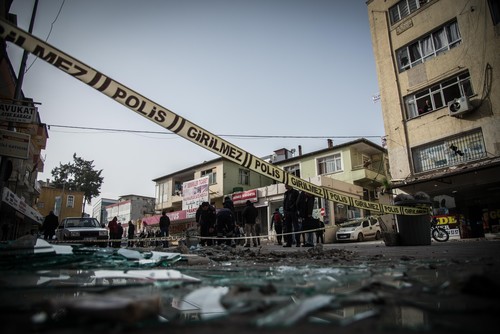 In the October of the same year, barrage fire showered down on the Güntepe border post in Hatay from Afrin, five of which fell on various places in the city. In March 2017, YPG terrorists from Afrin attacked the Bükülmez border post in Hatay with designated marksman rifles. A Turkish soldier was killed during the attack. In April, there was a series of attacks on border posts as well as on armored cars with guided anti-tank missiles. In November 2017, YPG terrorists, positioned in Syria's Afrin, left a Turkish soldier injured in the border town of Kilis as a result of cross-border fire from Syria's Afrin province.

Afrin's Shankal, Qorne, Bali and Adah Manli villages in addition to Kita, Kordo and Bibno rural areas along with four other hills have been cleared from PKK-linked YPG terrorists, the armed wing of the PYD, the PKK terror organization's Syrian affiliate. The PKK is also listed as a terror organization by the U.S., the U.K., and the EU.

Operation Olive Branch, which the Turkish army announced as underway over the weekend, will seek to secure a 30-kilometer area from the PYD. As the PKK-group poses a grave security threat to the Turkish state, the maneuver is in line with United Nations Security Council resolutions and international agreements. The initial goal of the operation is reportedly to take control of the northwestern and western ends of the area.

While the number of FSA fighters participating in the operation remains unclear, an FSA commander was quoted as saying over the weekend that more than 25,000 FSA forces would be on the ground. Operation Olive Branch is expected to return the city to its own locals rather than those who have been forcefully moved to the area.

"The whole issue is this: 55 percent of Afrin belongs to Arabs, 35 percent to Kurds who were relocated later and 6 to 7 percent to Turkmens. The whole issue is to return Afrin to its real owners," said President Recep Tayyip Erdoğan in Bursa province on Sunday. "We waited, waited, waited and suddenly hit [them] overnight." The president also asserted that the operation would be successfully concluded in a short amount of time.

Even though the Turkish state cites existential security concerns regarding the presence of a terrorist state along its borders, some global actors have expressed frustration with the operation. France is certainly one of them. The French government called on the U.N. Security Council to gather about Syria following Operation Olive Branch. "Ghouta, Idlib, Afrin — France asks for an urgent meeting of the Security Council," French Foreign Minister Jean Yves Le Drian said.

Moreover, the United States, which is the biggest supporter of the terrorist group, said it is "very concerned" about the operation, adding that it should be limited in scope and duration.

However, the Turkish side does not seem willing to let the fate of the offensive be affected by others. "Anyone who opposes Turkey's Afrin operation lends support to terrorists," Foreign Minister Mevlüt Çavuşoğlu said.

Ankara is taking firm steps in this respect. The Foreign Ministry has been working around the clock for the past couple of days, inviting the mission chiefs of countries to the ministry and informing them about the offensive.

On the other hand, Russian Foreign Minister Sergei Lavrov sympathized with the Turkish government. "Unilateral actions by the United States in Iran and Syria have infuriated Turkey," he said.