Turkish military denies use of prohibited weapons in Syria's Afrin 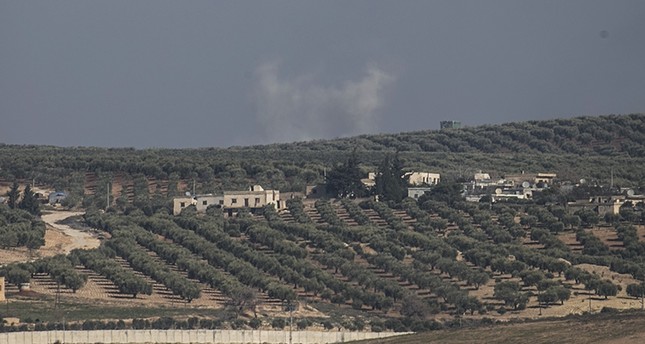 The Turkish military vehemently denied claims of civilian casualties and the use of chemical or biological weapons in Operation Olive Branch in Syria's Afrin, noting that it does not own the prohibited material in its inventory.

In a statement released Tuesday, the military said that there have been fabricated news stories and claims released with the goal to cast a shadow to the legitimacy of the operation, which aims to clear terrorists off of Turkey's borders.

"It is evident that these reports, based on lies and slander are spread by terrorist organizations and their supporters," the statement said.

The military highlighted that the operation solely focuses on terrorists and their shelters, hideouts, weapons and vehicles, and that special attention is paid to prevent civilian casualties.

"Under this scope, the Turkish Armed Forces (TSK) also shows utmost sensitivity and care to prevent damage to the environment, as much as civilians," the statement said, adding that the targets hit by the military are all under the record and such sites have never been targeted.

With regards to the use of prohibited chemical and biological weapons, the military said that the Turkish Air Forces do not own napalm or any ammunition prohibited by international law and agreements.

The military highlighted once again that the sole purpose of the operation is to get rid of terrorists, including the PKK-linked People's Protection Units (YPG) and Daesh.

The operation in Afrin – bordering Turkey's Hatay and Kilis provinces – was widely expected in the wake of Turkey's Operation Euphrates Shield in northern Syria, which cleared Daesh terrorists from Turkey's border from Aug. 24, 2016, to March 2017. The current operation started on Jan. 20. The Turkish Armed Forces (TSK) and the Free Syrian Army (FSA) are now fighting against terrorist elements on seven different fronts.