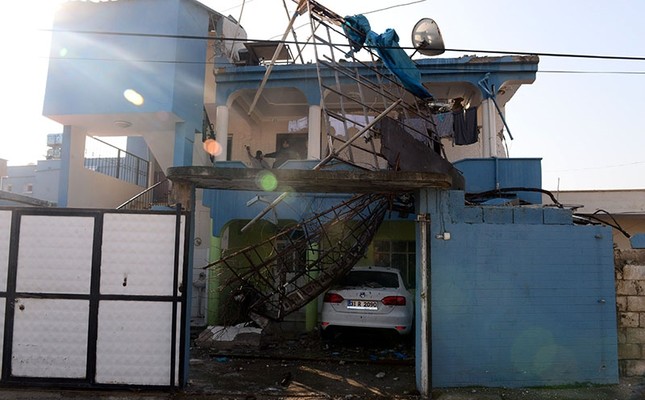 A 17-year-old girl, identified as Fatma Avlar, was killed and two other civilians were injured as a result of cross-border attacks by PKK-affiliated People's Protection Units (YPG) terrorists who targeted southern Turkey's Hatay province with five rockets.

Reyhanlı, a town of 100,000 people with one-thirds made up by Syrian refugees since 2011, has been indiscriminately targeted by YPG rockets since Jan. 21, second day of Turkey's Operation to clear Afrin from the terrorist group.

One of the rockets exploded as it hit the garden wall of a house in Gültepe neighborhood of Reyhanlı district, damaging the wall, the house and nearby vehicles. 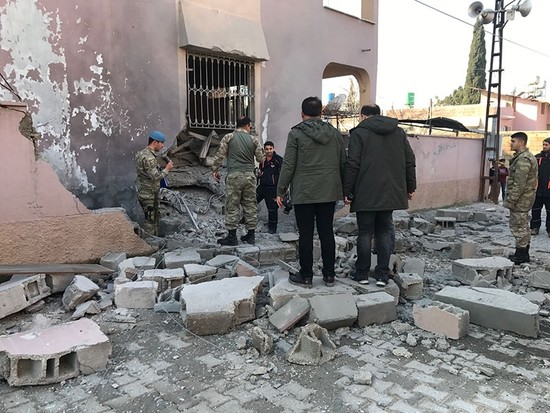 Shorty after, another rocket landed on a house located in the same neighborhood. Avlar, who was reportedly sleeping during the attack, died immediately, while the remaining two wounded were referred to nearby Reyhanlı State Hospital for medical treatment. 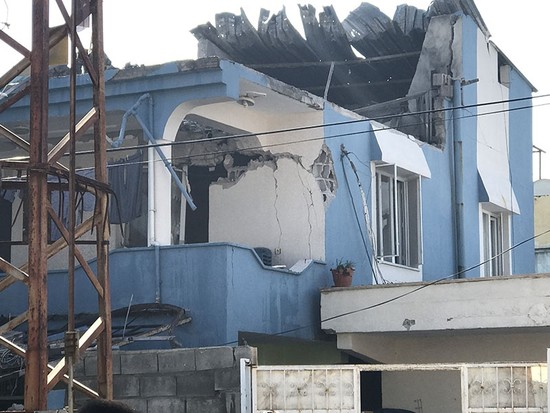 Two more YPG rockets fired from Afrin hit the same area in Reyhanlı town in Hatay province, bringing the total number to four, with one landing on a road and slightly injuring one, with another landing in an empty field.

A fifth rocket landed in between a school and a house failed to explode. Subsequent controlled explosion caused panic among the locals.

Speaking in a joint press conference with his Lebanese counterpart Saad Hariri in Ankara, Prime Minister Binali Yıldırım said: "Our citizens and Syrians are affected by YPG's rocket attacks. Just today, a 17-year-old girl was killed in Reyhanlı. Civilians are being harmed in Turkey, not in operation areas. This again displays that Operation Olive Branch is based on legitimate threats."

Since the beginning of Turkey's Operation Olive Branch to clear PKK/KCK/PYD/YPG and Daesh terrorists from northwestern Syria's Afrin, terrorists have indiscriminately targeted the border province of Kilis and Reyhanlı district with rockets, killing at least four civilians and injuring some 60 others.

On Jan. 21, two rockets fired by YPG terrorists killed one Syrian national and injured 46 civilians, including 16 Syrians in Reyhanlı.

Whereas in Kilis, two people were killed and 11 others were injured when a rocket fired from YPG-held areas in Afrin hit a 17th century mosque in city center on Jan. 24 while prayers were ongoing.

"The rocket fired from Syria hit the 17th century Çalık Mosque during prayers. Some of the victims have life-threatening injuries," Kilis Governor Mehmet Tekinarslan said. He added that a second rocket hit within 100 meters of the first.

The mosque is located approximately 6 kilometers away from the Syrian border. Turkish media footage showed security forces clearing the area of civilians following the attacks, as ambulances and emergency teams arrived on the scene. On the second day of the operation, one Syrian national was killed and more than 50 other civilians were injured in Reyhanlı by another rocket, yet another proof that YPG terrorists across the border have indiscriminately targeted civilian areas.

The operation is being carried out under the framework of Turkey's rights based on international law, U.N. Security Council resolutions, its self-defense rights under the U.N Charter, and respect for Syria's territorial integrity.