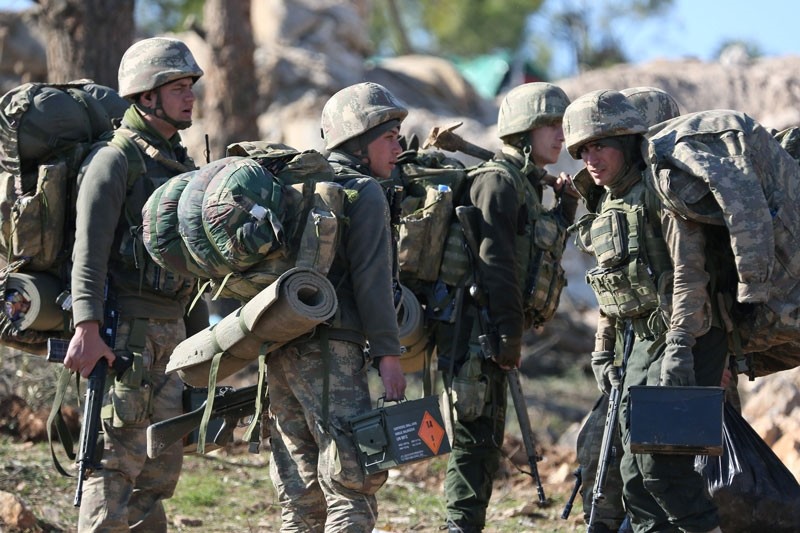 A total of 811 PKK/KCK/PYD/YPG and Daesh terrorists have been killed since the start of Turkey's Operation Olive Branch in northwestern Syria, the military said Thursday. A town center was also captured from the terrorists, sources said.

Turkish Armed Forces carried out airstrikes overnight on the shelters, positions, arms, and equipment of the terrorists, destroying 18 more terrorist targets, according to a General Staff statement.

All the warplanes returned back to their bases after the operation, the statement added.

The Turkish Armed Forces and the Free Syrian Army (FSA) also captured the Darmak mountain on Friday a day after clearing the Bulbul town center in north of Syria's Afrin of YPG terrorists.

Meanwhile, the Turkish military and Free Syrian Army forces announced that they had liberated the town of Ali Kar from all YPG/PKK terrorists during their counter-terror operation.

Clearing the village of the Democratic Union Party (PYD) and its armed group the YPG, located in the northern Bulbul district, led to full control of a large zone in Afrin's north, together with the previously cleared village of Shenkal and Zahran region.

On day 13 of Operation Olive Branch, 20 villages and 27 zones, including seven strategic mountains and hills, were liberated from the terrorist group in Afrin.