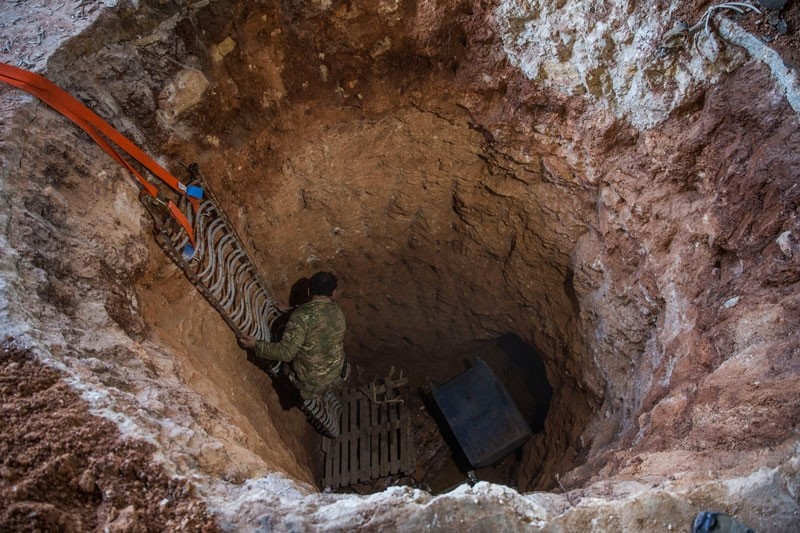 On Sunday, day nine of the operation, Turkish and FSA forces liberated the village of Qestel Cindo, located south of Mt. Barsaya, according to the FSA sources.

The tunnel was reportedly 50 m long (164 ft.) under a two-story-building, dug toward Aleppo's district of Azaz, according to military sources who asked not to be named due to restrictions on speaking to the media.

A FSA commander told Anadolu Agency that clashes broke out with four terrorists a short while after forces entered the tunnel, and that two of the terrorists were killed.

Four meters (13 ft.) below the same village the forces earlier found a tunnel network reportedly used by terrorists as shelter against counter-terrorist fire. 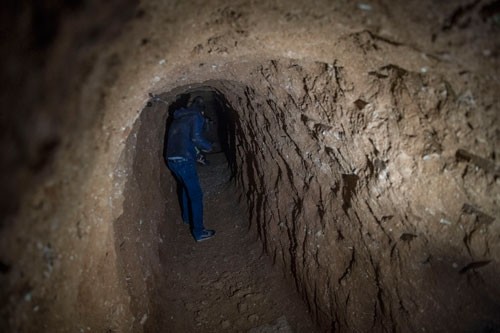 The military also said only terror targets are being destroyed and that "utmost importance and sensitivity" is being put on avoiding harming civilians.

Afrin has been a major hideout for the PKK/YPG since July 2012, when the Bashar al-Assad regime in Syria left the city to the terror group without a fight.