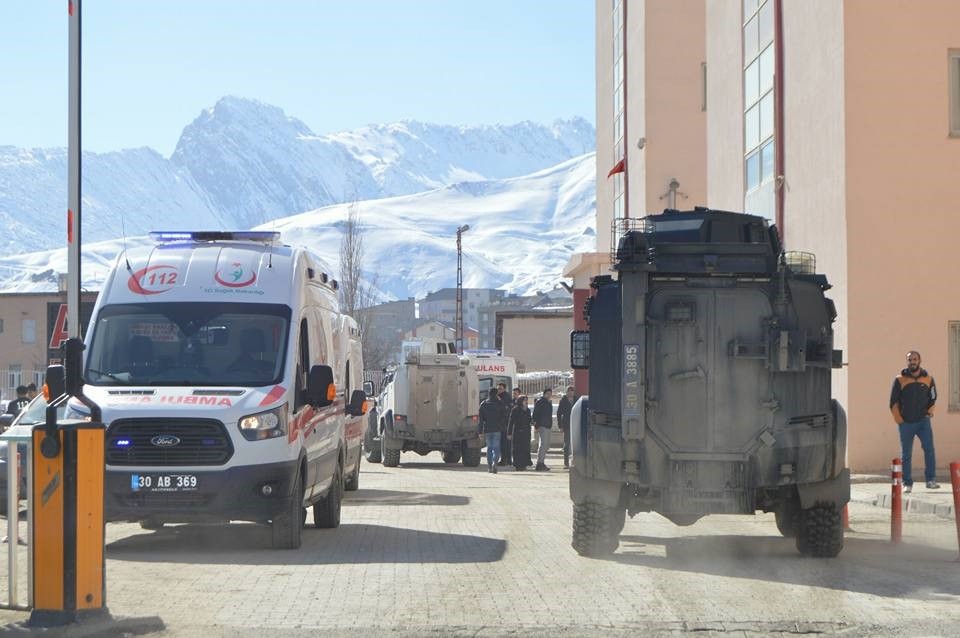 Three Turkish soldiers were killed and seven others were injured in two terror attacks by PKK terrorists in the southeastern Hakkari province, according to security sources.

A missile was launched from northern Iraq toward a military base in Hakkari's border district of Çukurca, killing one soldier and injuring five others.

The injured soldiers were rushed to Hakkari State Hospital, the source added.

Two soldiers were killed and two others were injured when a second mortar attack by PKK terrorists hit Hakkari's Şemdinli district.

A wide-scale operation has been launched in the region to find the perpetrators.

The PKK is listed as a terrorist organization by Turkey as well as the U.S. and EU. In its over three-decade-long terror campaign against Turkey, over 40,000 people have been killed, including women and children.