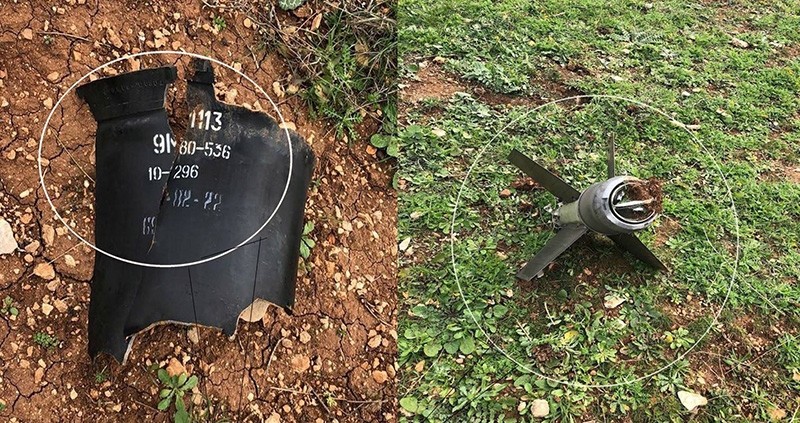 The YPG terrorists continued Wednesday to target Turkey with rockets and mortars along the Syrian border.

The 9M113 Konkurs was used during an attack targeting Hatay's Kırıkhan district and landed in Perişan neighborhood but did not lead to any deaths or injuries.

During initial investigations on the scene, missile parts with the NATO code AT-5 Spandrel were discovered, which were then referred to a Hatay center for a detailed examination.

In retaliation for the attacks, Turkish bombardiers stationed along the Syria border covered YPG positions in Afrin with fire.

Since the beginning of Turkey's Operation Olive Branch on Jan. 20 to clear PKK/KCK/PYD/YPG and Daesh terrorists from northwestern Syria's Afrin, terrorists have indiscriminately targeted the border provinces of Kilis and Hatay with rockets, killing five civilians and injuring some 65 others.

According to the Turkish General Staff, the operation aims to establish security and stability along Turkey's borders and the region as well as to protect Syrians from the oppression and cruelty of the terrorists.

Operation Olive Branch is being carried out under the framework of Turkey's rights within international law, U.N. Security Council resolutions, its right to self-defense under the U.N. charter and respect for Syria's territorial integrity, it said.