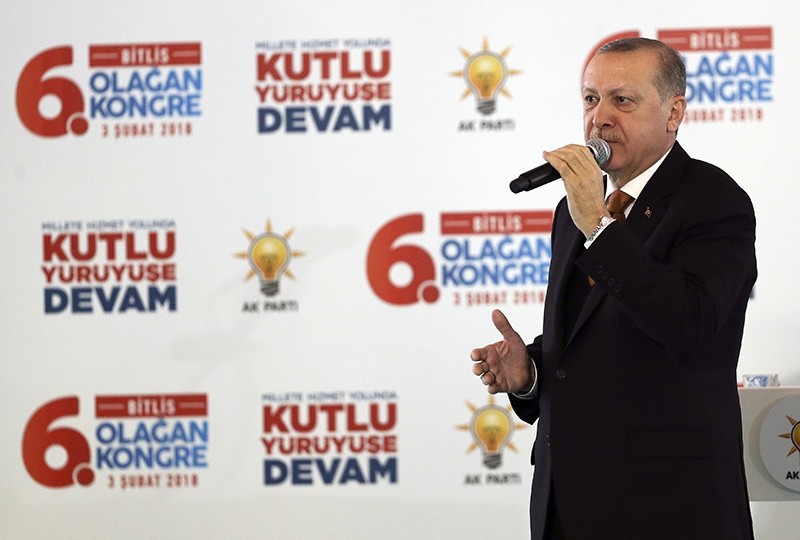 Turkey's ongoing Operation Olive Branch in Afrin is now in its third week.

Speaking at an ordinary congress of the ruling Justice and Development Party (AK Party) in the eastern province of Bitlis, Erdoğan said "We are advancing into Afrin [town center]. We are close."

The president then went on to visit the 14th Unmanned Aircraft System (UAS) Base in eastern Batman province, where he signed one of the vehicles after getting a briefing by authorities. 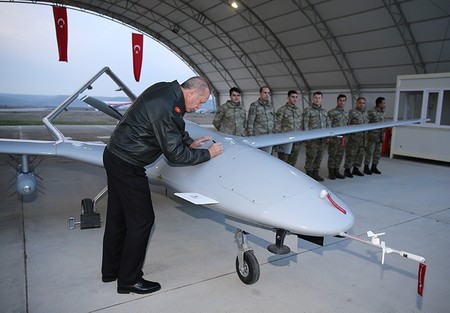 A total of 897 PYD/PKK and Daesh terrorists have been killed so far since the operation has launched.

Since the start of the operation, the PYD/PKK has carried out cross-border attacks on Turkey by firing rockets on civilian neighborhoods, killing at least seven civilians and injuring 107 others including children.