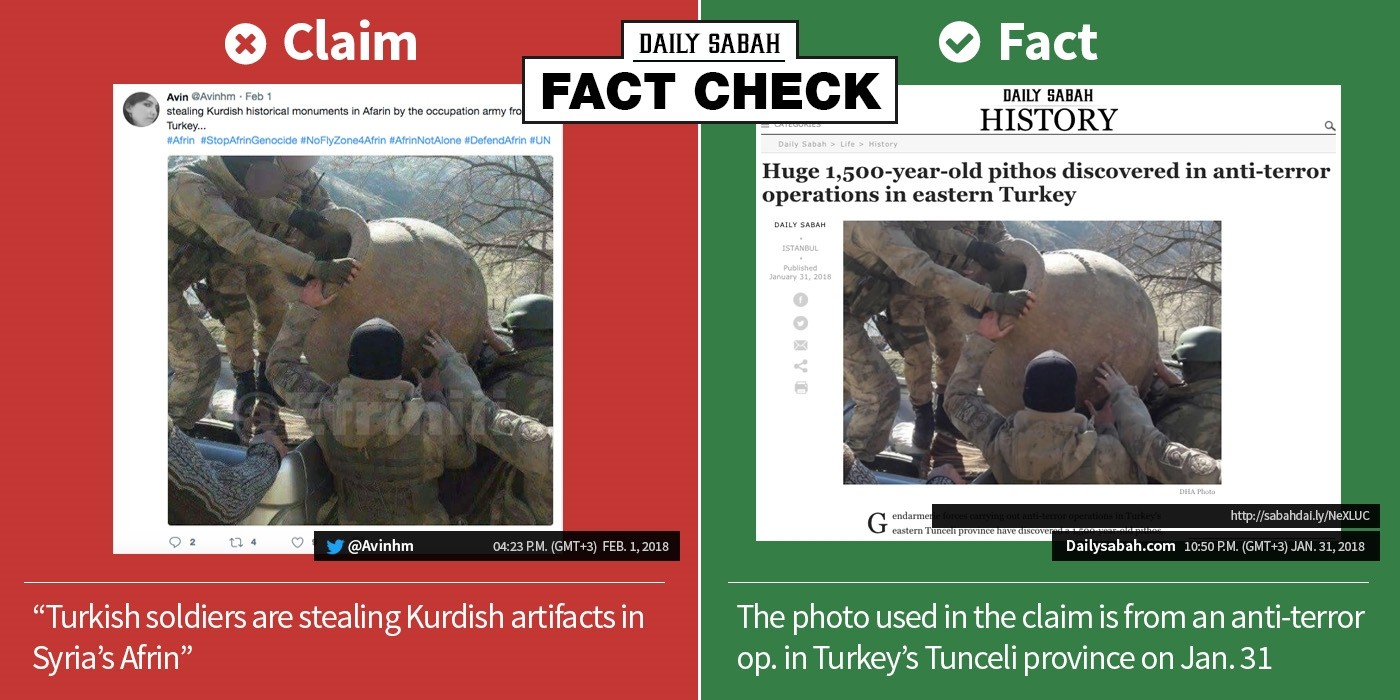 Supporters of the PKK-linked Democratic Union Party (PYD) and its armed wing People's Protection Units (YPG) continue to spread false propaganda on social media regarding Turkey's anti-terror operation in Syria's Afrin. Their latest attempt involved a photograph showing Turkish soldiers carrying an ancient jar, which YPG supporters claimed was a historical Kurdish artifact in Afrin, when in reality it was discovered by soldiers carrying out anti-terror operations targeting the house of PKK terrorists.

In their tweets, YPG supporters wrongfully claimed that the Turkish soldiers were "looting" historical Kurdish heritage. These tweets had a number of fatal mistakes, as the soldiers on the photo were in eastern Turkey rather than Syria, and the artifact they were carrying was a 1,500-year-old pithos discovered inside a house during anti-terror raids against the PKK in Kolonkoya village. 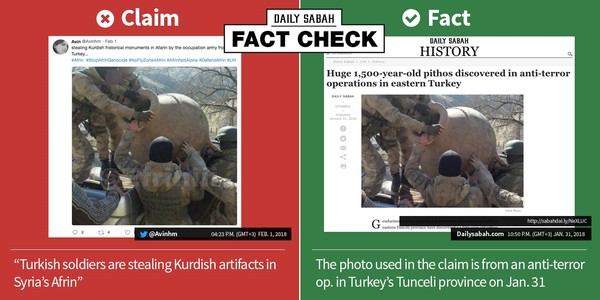 The operation aims to establish security and stability along Turkish borders and the region as well as to eliminate terrorists and to protect Syrian people from the terrorists' oppression and cruelty.

The operation is carried out under the framework of Turkey's rights based on international law, U.N. Security Council's decisions and self-defense right under the U.N. Charter, said the military.