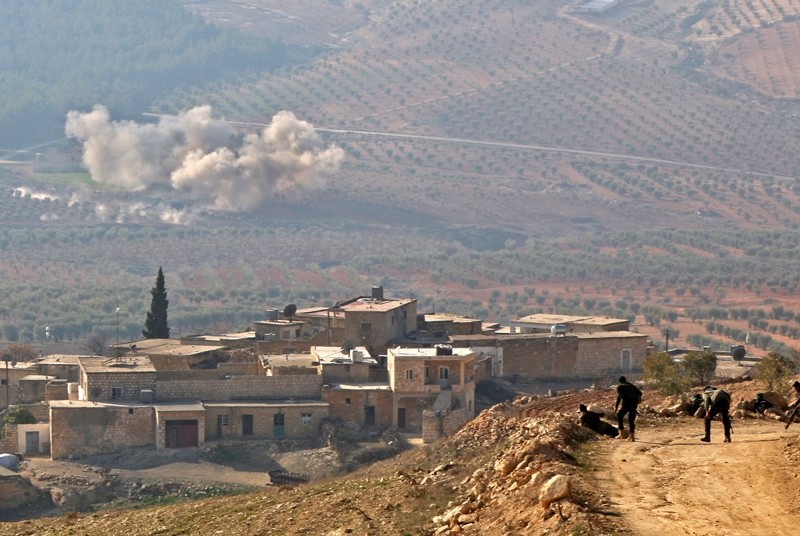 One civilian lost his life on Monday in a PYD/PKK terror attack in northern Syria's Azaz district, east of Afrin region, where an operation by Turkey is underway, according to security sources.

The rocket attack launched from Afrin also injured five other civilians, said the source who refused to be named due to restriction on speaking to the media.

Three of them are being treated for serious injuries at a hospital.

The terror organization accelerated attacks on civilians in Turkey's southern Kilis and Hatay provinces as well as Azaz district of Syria in order to counter the Turkish army's operation in Afrin.

According to the Turkish General Staff, Operation Olive Branch aims to establish security and stability along Turkey's borders and the region as well as protect Syrians from terrorist oppression and cruelty.