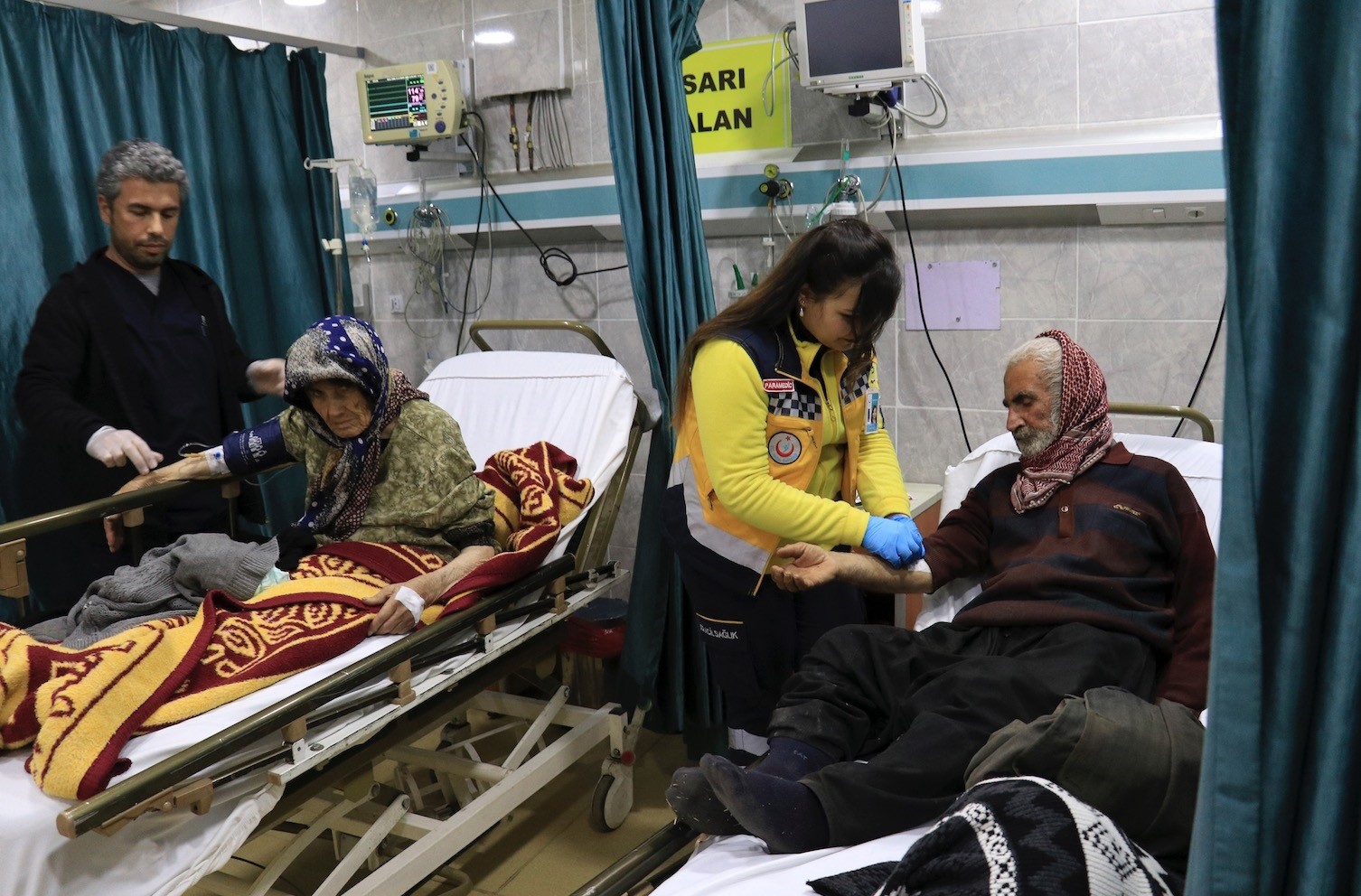 An elderly man and woman in their 80s were rescued by Turkish security forces over the weekend, after being left to die by the PKK terrorist organization's Syrian affiliate, the Democratic Union Party (PYD) and its armed wing the People's Protection Units (YPG), in Afrin's Bilal Agha village.

The security forces came across Ahmad Hannan, 82, and Azime Hussain, 80, in two separate houses as they were conducting searches in the village liberated from YPG terrorists as part of Operation Olive Branch against the terrorist group.

They were both taken to a public hospital in the Hassa district of Turkey's Hatay province by armored ambulances after security personnel transferred them to the medics.

"They came and looted our home," Hannan said, adding that the PKK-affiliate group had oppressed the locals and instilled fear in the region. "Turkish troops won in our village, they rescued us."

After their initial check-ups at the hospital, medical personnel said that Hannan was blind in his left eye, while he also had difficulty seeing with his right eye.

Hussain, on the other hand, had no immediate health problems.

Both Hannan and Hussain were later placed in a nursing home in Antakya of Hatay province.

Security forces said the two elderly persons were desperately in need of food and they were found after the village was liberated in very poor condition.

Recently, in another incident, Turkish soldiers rescued a disabled woman in the Hammam town in Syria's northwestern district of Afrin, where she was also left to die by the YPG and was found during searches in homes after the town was liberated.

The woman was initially brought, via one of the Turkish Ministry of Health's armored ambulances, to the first aid tent of Turkey's National Medical Research Team (UMKE) set up on the border. After an initial check-up, she was also referred to a state hospital in Hatay.